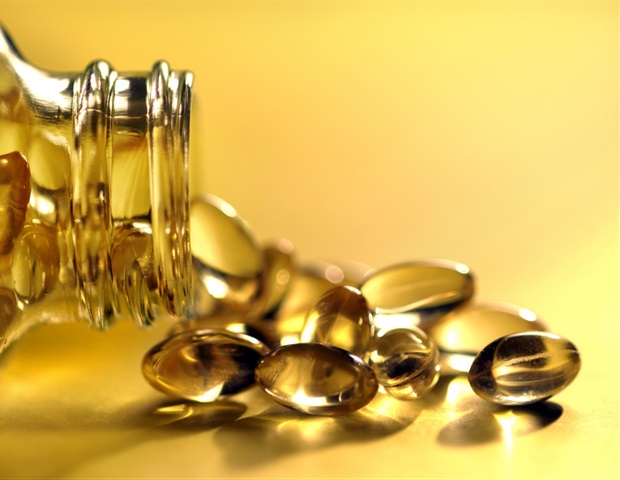 A nutritional supplement popular in the U.S. and added to some types of yogurt, milk and infant formula can significantly improve cognition in severely malnourished children, according to a study led by researchers at Washington University School of Medicine in St. Louis.

The researchers found that when the omega-3 fatty acid known as docosahexaenoic acid (DHA) was added to an internationally prescribed, nutrient-dense ready-to-use therapeutic food (RUTF) similar to peanut butter, the children’s overall cognition improved. The kids who ate the DHA-fortified food surpassed those who did not in gross and fine motor abilities, language proficiencies and social skills – all related to brain health.

Additionally, reducing the amount of linoleic acid — a polyunsaturated omega-6 fatty acid — in the food also aided the children’s neurological abilities. This is because the chemical composition of the omega-6 fatty acid thwarts production of the brain-boosting DHA, the latter of which is essential for brain development during pregnancy and early childhood and also is associated with improved vision, heart health and immune system function.

This is the first evidence of the cognitive effects of ready-to-use therapeutic food showing DHA and reduced omega-6 are needed to increase the brain power of children with severe acute malnutrition. We think the therapeutic food should be reformulated and standardized to include DHA and reduced omega-6. All children are entitled to our best efforts to reach their neurocognitive potential.”

The findings were published online Nov. 2  in The American Journal of Clinical Nutrition.

Globally, more than 16 million children under age 5 suffer from severe acute malnutrition. The condition is a form of starvation that primarily affects kids from impoverished areas of Africa and Asia and causes excessive thinness or swelling of the body while also compromising organ systems, including the brain.

Nearly two decades ago, Manary launched an effort in Africa to fight severe malnutrition using a peanut butter-based therapeutic food fortified with micronutrients known to restore body and muscle mass. The energy-dense, low-moisture food is comprised of peanuts, milk, vegetable oils and sugar, and, like peanut butter, it requires no cooking and does not spoil in ambient conditions. Such characteristics make the food ideal for people living in extreme poverty or in areas struck by a natural disaster, political unrest or other situations causing food scarcity.

Outpatient feeding programs serving this ready-to-use therapeutic food have saved the lives of hundreds of thousands of malnourished children. Earlier data has shown that children with severe acute malnutrition who were treated with the food recovered at rates of 85% to 90%. But Manary and others who care for malnourished children have faced challenges in effectively treating the cognitive problems associated with severe malnutrition, such as difficulty speaking, mobility issues and behavioral problems.

The malnourished brain requires additional special nutrients to restore normal function, namely omega-3 polyunsaturated fatty acids most commonly found in fish and breast milk, Manary said. DHA constitutes 10% of the brain matter and is the most important nutrient for the brain.

“Adding it to the therapeutic food along with reducing omega-6, which is antagonistic with omega-3, boosted cognition in starving children,” Manary said.

The clinical feeding trial was conducted from October 2017 through December 2020 at 28 clinics in rural Malawi in sub-Saharan Africa. It involved 2,565 children ages 6 months to 5 years with uncomplicated severe malnutrition, meaning they were diagnosed as severely malnourished but still had good appetites, were not hospitalized and did not show signs of severe infection.

Children were randomly assigned to receive one of three ready-to-use therapeutic foods: the original standard version with higher levels of omega-6; a version with reduced amounts of omega-6 and increased omega-3; and a version that included DHA with reduced omega-6. The trial investigators, the families and researchers analyzing the data didn’t know to which groups the children were assigned.

“For half of the children, cognition is completely restored, but without low omega-6 plus DHA, severely malnourished children would be 10 IQ points below average,” he added.

Researchers also measured DHA levels in the children’s blood immediately after completing the ready-to-use therapeutic food therapy. After four weeks, DHA levels decreased by 25% in children receiving the standard food, most likely because of the high amount of omega-6 fatty acids. (Manary noted that those DHA levels would decrease by significantly larger margins if the children were given no ready-to-use therapeutic food at all). Meanwhile, after four weeks, DHA levels increased by 49% among children who received the DHA-enhanced food.

“This suggests that the lack of DHA was limiting cognitive improvement,” Manary said. “It’s fantastic news in the sense that the DHA-enhanced therapeutic food could restore malnourished brains better than before, and those benefits can stick for six months to a year or more.”

On Nov. 8 and 9, the researchers will present their findings to the World Health Organization, which establishes international guidelines for the treatment of malnutrition and other diseases. Additionally, in early December, they will share their research to advocate for improvements in the formulation of ready-to-use therapeutic food distributed worldwide, during a meeting of Codex Alimentarius, an international food safety organization that sets standards followed by most of the world’s nations. Manary and his colleagues plan to call for all ready-to-use therapeutic food to be made with reduced amounts of omega-6 fatty acids and enhanced with DHA.

“Our goal is to change global policy,” Manary said. “These children deserve nothing less.”

22 Engaging And Fun Fall Activities For Toddlers
Activating digital resilience needs to be undertaken as a “collective endeavor”: study
As a rape survivor, I’m committed to teaching my baby about consent
How to swaddle your baby #shorts
The simple swaddle #shorts