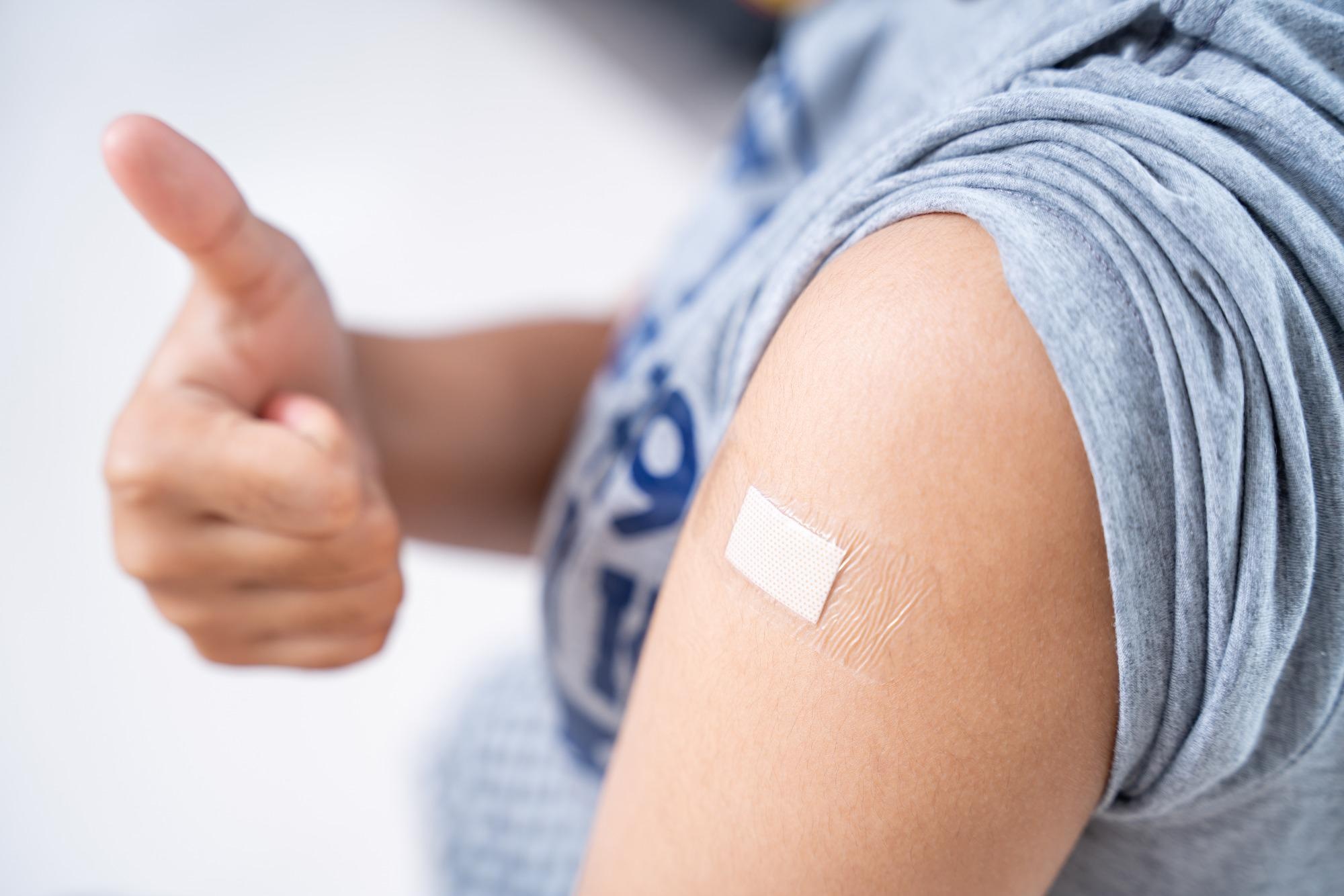 The Real-time Assessment of Community Transmission-1 (REACT-1) study has been tracking the transmission of severe acute respiratory syndrome coronavirus-2 (SARS-CoV-2) throughout England since May 2020. SARS-CoV-2 is the cause of the ongoing coronavirus disease 2019 (COVID-19) pandemic.

The first survey report showed the decline of the first SARS-CoV-2 wave in England. The subsequent survey characterized the country’s second and third waves. The third wave occurred due to the rapid spread of the SARS-CoV-2 Delta variant since May 2021. However, the second wave’s peak was way higher than the other two wave peaks.

In England, along with other countries in the UK, COVID-19 vaccination programs commenced in December 2020, prioritizing the vulnerable groups for vaccination first. As a result, the adult population has been offered two doses of the COVID-19 vaccine to help protect them from SARS-CoV-2 infection and help decrease mortality. Research has indicated that these vaccines have significantly reduced severe illness as well as mortality due to SARS-CoV-2 infection.

Studies have shown that individuals who have received two doses of COVID-19 vaccines have a lower risk of the Delta infection compared to the unvaccinated group. However, some breakthrough infections due to this variant have been reported.

A third COVID-19 vaccine, known as a booster vaccine, was recently offered, and by November 2021, more than 12 million people in the UK had received booster doses. Research from Israel found that SARS-CoV-2 booster vaccines were associated with a reduction of 11.3% in confirmed infections and a reduction of 19.5% in severe infections when compared to two doses of COVID-19 vaccines.

A new report published on the medRxiv* preprint server has presented the findings of round 15 of the REACT-1 study. This study revealed the COVID-19 infection trend from mid-October to early November 2021 in England. A self-administered swab test and reverse-transcriptase polymerase chain reaction (RT-PCR) confirmed infection. The purpose of this study was to determine the effectiveness of the COVID-19 booster vaccination strategy and determine vaccination effectiveness against infection in children aged 12 to 17 years old.

During this study, the primary variant that circulated was the Delta variant. Further, rapid vaccination programs, i.e., vaccinating all individuals above 12 years of age and above, as well as the implementation of a booster strategy, occurred. This study reported that compared to the previous rounds of data collection in September 2021, the prevalence of positive COVID-19 infection in England has significantly increased among school-aged children. However, the rate of infection was found to be lower among older people, i.e., individuals aged 65 years and above. This study further confirmed that the Delta variant and its sub-lineages had been the dominant circulating variant in England during the study period and also reported that AY.4.2. was less likely to cause symptomatic infection. At present, the spread of this sub-lineage is being closely monitored.

The authors reported that amidst the circulation of the Delta variant and relaxation of all COVID-19 restrictions in England, the rate of infection surged from September to mid-October 2021. The decrease in the number of COVID-19 cases among school-going children may be related to the half-term break. Researchers further reported that the prevalence of positive swab tests among individuals living in larger households and those with children in the household was higher than in single-person homes and those without children.

Scientists indicated that measuring the effectiveness of COVID-19 vaccines from observational data has a high risk of biased results. Scientists faced several challenges while estimating the vaccine effectiveness in the study period. This is because most adults above the age of 65 years were vaccinated in this round, and very few remained unvaccinated, as a result of which scientists could not compare the two groups properly. Also, the possibility of the declining immune response following vaccination might have led to an increased risk of breakthrough infections among individuals who received two doses of the COVID-19 vaccine. Scientists observed that unvaccinated and vaccinated groups differed in several important parameters and, hence, they were matched poorly.

Scientists were able to properly estimate the effectiveness of the booster vaccine by comparing it with two doses of primary vaccination. They found that compared to primary vaccination, the booster vaccination strategy was way more effective in preventing SARS-CoV-2 infection and decreased the rate of mortality. However, the estimates provided in this study are less robust than a similar study conducted in Israel. Scientists also revealed the benefits of single doses of vaccines administered to children aged 12 years and showed that vaccination has significantly reduced the rate of hospitalization and mortality.

Although the swab positivity was high at the beginning of round 15, it fell with the uncertain trend later in October. The booster vaccination strategy has been found to be extremely effective in protecting individuals from severe SARS-CoV-2 infection and mortality compared to the two-dose primary vaccination regime. This study also highlighted that vaccinating the younger, school-going age groups also plays a crucial part in reducing virus transmission.

Every single piece from the Hilary Duff x Carter’s collection
How to talk to your kids about Hurricane Fiona
Mind-body practices can effectively reduce blood glucose levels in people with type 2 diabetes
Outfits For Fall: 17 Stylish Shoes And Clothes For The Whole Family
How to swaddle your baby #shorts