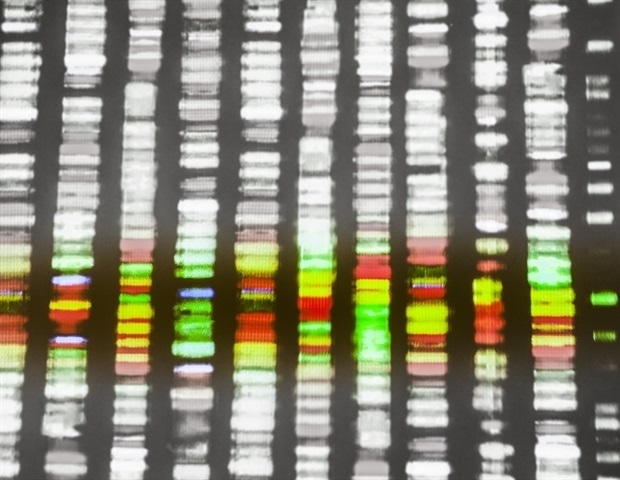 A new ultra-rapid genome sequencing approach developed by Stanford Medicine scientists and their collaborators was used to diagnose rare genetic diseases in an average of eight hours -; a feat that’s nearly unheard of in standard clinical care.

“A few weeks is what most clinicians call ‘rapid’ when it comes to sequencing a patient’s genome and returning results,” said Euan Ashley, MB ChB, DPhil, professor of medicine, of genetics and of biomedical data science at Stanford.

Genome sequencing allows scientists to see a patient’s complete DNA makeup, which contains information about everything from eye color to inherited diseases. Genome sequencing is vital for diagnosing patients with diseases rooted in their DNA: Once doctors know the specific genetic mutation, they can tailor treatments accordingly.

Now, a mega-sequencing approach devised by Ashley and his colleagues has redefined “rapid” for genetic diagnostics: Their fastest diagnosis was made in just over seven hours. Fast diagnoses mean patients may spend less time in critical care units, require fewer tests, recover more quickly and spend less on care. Notably, the faster sequencing does not sacrifice accuracy.

A paper describing the researchers’ work will publish Jan.12 in The New England Journal of Medicine. Ashley, associate dean of the Stanford School of Medicine and the Roger and Joelle Burnell Professor in Genomics and Precision Health, is the senior author of the paper. Postdoctoral scholar John Gorzynski, DVM, PhD, is the lead author.

Setting out to set a record

Over the span of less than six months, the team enrolled and sequenced the genomes of 12 patients, five of whom received a genetic diagnosis from the sequencing information in about the time it takes to round out a day at the office. (Not all ailments are genetically based, which is likely the reason some of the patients did not receive a diagnosis after their sequencing information was returned, Ashley said.) The team’s diagnostic rate, roughly 42%, is about 12% higher than the average rate for diagnosing mystery diseases.

In one of the cases, it took a snappy 5 hours and 2 minutes to sequence a patient’s genome, which set the first Guinness World Records title for fastest DNA sequencing technique. The record was certified by the National Institute of Science and Technology’s Genome in a Bottle group and is documented by Guinness World Records.

It was just one of those amazing moments where the right people suddenly came together to achieve something amazing,” Ashley said. “It really felt like we were approaching a new frontier.”

The time it took to diagnose that case was 7 hours and 18 minutes, which, to Ashley’s knowledge, is about twice as fast as the previous record for a genome sequencing-based diagnosis (14 hours) held by the Rady Children’s Institute. Fourteen hours is still an impressively quick turnaround, Ashley said. Stanford scientists plan to offer a sub-10-hour turnaround to patients in intensive care units at Stanford Hospital and Lucile Packard Children’s Hospital Stanford -; and, over time, to other hospitals too.

To achieve super-fast sequencing speeds, the researchers needed new hardware. So Ashley contacted colleagues at Oxford Nanopore Technologies who had built a machine composed of 48 sequencing units known as flow cells. The idea was to sequence just one person’s genome using all flow cells simultaneously. The mega-machine approach was a success -; almost too much. Genomic data overwhelmed the lab’s computational systems.

“We weren’t able to process the data fast enough,” Ashley said. “We had to completely rethink and revamp our data pipelines and storage systems.” Graduate student Sneha Goenka found a way to funnel the data straight to a cloud-based storage system where computational power could be amplified enough to sift through the data in real time. Algorithms then independently scanned the incoming genetic code for errors that might cause disease, and, in the final step, the scientists conducted a comparison of the patient’s gene variants against publicly documented variants known to cause disease.

From start to finish, the team sought to hasten every aspect of sequencing a patient’s genome. Researchers literally ran samples by foot to the lab, new machines were rigged to support simultaneous genome sequencing, and computing power was escalated to efficiently crunch massive data sets. Now, the team is optimizing its system to reduce the time even further. “I think we can halve it again,” Ashley said. “If we’re able to do that, we’re talking about being able to get an answer before the end of a hospital ward round. That’s a dramatic jump.”

Perhaps the most important feature of the diagnostic approach’s ability to quickly spot suspicious fragments of DNA is its use of something called long-read sequencing. Traditional genome-sequencing techniques chop the genome into small bits, spell out the exact order of the DNA base pairs in each chunk, then piece the whole thing back together using a standard human genome as a reference. But that approach doesn’t always capture the entirety of our genome, and the information it provides can sometimes omit variations in genes that point to a diagnosis. Long-read sequencing preserves long stretches of DNA composed of tens of thousands of base pairs, providing similar accuracy and more detail for scientists scouring the sequence for errors.

“Mutations that occur over a large chunk of the genome are easier to detect using long-read sequencing. There are variants that would be almost impossible to detect without some kind of long-read approach,” Ashley said. It’s also much faster: “That was one of the big reasons we went for this approach.”

Only recently have companies and researchers honed the accuracy of the long-read approach enough to rely on it for diagnostics. That and a drop from its once-hefty price tag created an opportunity for Ashley’s team. To his knowledge, this study is the first to demonstrate the feasibility of this type of long-read sequencing as a staple of diagnostic medicine.

During the study, Ashley’s team offered the accelerated genome sequencing technique to undiagnosed patients in Stanford hospitals’ intensive care units. They provided established standard of care testing to the study patients along with the experimental rapid gene sequencing, with which they sought answers to two important questions: Are genetics to blame for the patient’s ailment? If so, what specific DNA errors are stirring up trouble?

Those were the key questions surrounding the case of Matthew Kunzman of Oregon. About a year ago, when Matthew was 13, an irksome cough and high fever landed him at a local doctor’s office. “We thought it was the flu, or maybe COVID,” said Jenny Kunzman, Matthew’s mother. It turned out the cough was the first sign of a heart condition known as myocarditis -; inflammation of the heart -; that makes it hard for the organ to pump blood to the rest of the body. Subsequent tests at Matthew’s local hospital revealed a dire situation: His heart was failing. His doctor recommended the family fly immediately to Stanford Hospital for care.

Hours later, Matthew and his father, Matthew Kunzman Sr., arrived at Stanford Hospital. Jenny Kunzman arrived a day later and found that her son’s condition had worsened. Matthew was on life support.

There are two reasons a mostly healthy 13-year-old could experience this kind of heart failure, Ashley said. One is known as myocarditis, and it happens when immune cells swarm the heart, often triggered by a virus or some other bodily stress. The other is a genetic cause, a mutation in a gene involved in heart function.

Knowing the difference, Ashley said, is crucial. “Myocarditis is often reversible,” he said. “With treatment, the heart can go back to normal. But a genetic condition is not. If Matthew’s condition was genetic, likely the only solution would be a heart transplant.”

Gorzynski approached Matthew’s parents, explaining the rapid sequencing research, and asked if they would like to enroll the boy in the study. “They told us there’s this brand-new research that they were working on to try to speed up the process of diagnosis,” Jenny Kunzman said. “They asked if we would be willing to participate, and we said, ‘Absolutely.’ We wanted as much information as possible to try and figure out what the cause was.”

With a few milliliters of Matthew’s blood, the team began the rapid-genetic-sequencing process. “In a matter of hours, sequencing data showed the condition was rooted in genetics,” Ashley said.

Armed with that information, Matthew was immediately put on a heart transplant list. Twenty-one days later, he received a new heart; today, about a year later, his mom says he’s doing “exceptionally well.”

In another case, a 3-month-old patient came to Stanford’s pediatric emergency department with unexplained seizures. It was clear the infant was suffering from a form of epilepsy, but exactly what was causing the symptoms was unknown.

The researchers sequenced the patient’s genome, running the data through mutation-detecting algorithms and cross-referencing public genomic and disease data. They simultaneously requested standard clinical diagnostic testing for blood biomarkers associated with seizures of genetic origin. Just over eight hours later, thanks to the rapid sequencing data, the team had their answer: The young patient’s convulsions were due to a mutation in a gene called CSNK2B.

If the team had relied only on the standard testing, no diagnosis would have been made at the time, though it’s likely that further tests would have surfaced the correct diagnosis for the patient eventually, Ashley said. “We would have been in the dark for many weeks,” he said.

Standard tests screen a patient’s blood for markers associated with disease, but they only scan for a handful of well-documented genes. Commercial labs, which often run these tests, are slow to update the molecules for which they screen, meaning it can take a long time before newly discovered disease-causing mutations are integrated into the test. And that can lead to missed diagnoses.

That’s why rapid genome sequencing could be such a game-changer for patients ailing from rare genetic disease, Ashley said. Scientists can scan a patient’s entire genome for any and all gene variants suggested by the scientific literature, even if that gene is only discovered the day before. Furthermore, if a patient doesn’t initially receive a genetic diagnosis, there’s still hope that scientists will find a new gene variant linked to the patient’s disease down the line.

Interest from other clinicians is already starting to pour in. “I know people at Stanford have heard we can make a genetic diagnosis in a few hours, and they’re excited about it,” Ashley said. “Genetic tests just aren’t thought of as tests that come back quickly. But we’re changing that perception.”

$2 million grant to help identify and avert threats for students in rural Missouri schools
Exploring the clinical impact of co-detections of other respiratory viruses in US children hospitalized for COVID-19
Montana pharmacists may get more power to prescribe
Unmet needs: Critics cite failures in health care for vulnerable foster children
Researchers identify a key host-cell player in COVID-19 infections