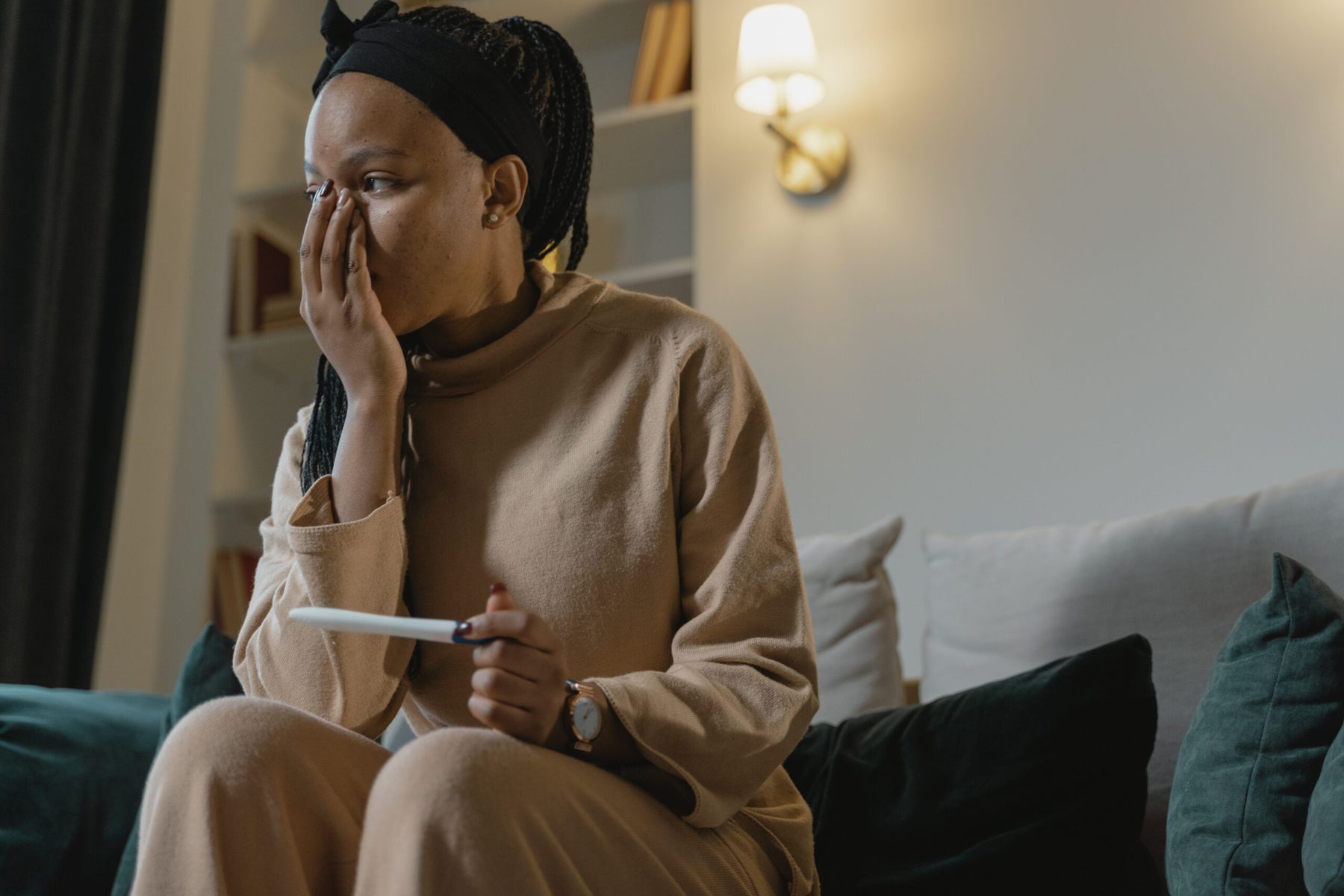 Miscarriage causes are wide and varied, but servicewomen who have been exposed to toxins during their military service may have other causes to monitor. In 1917, Loretta Walsh was the first woman to enlist in the U.S. military. Since then, servicewomen became permanent normality 31 years later. In fact, in 2020, nearly 17% of all active-duty military personnel were women, and today throughout the country, there are currently 2 million female veterans.

Unfortunately, their service comes at a personal cost, one which affects members of the military who have been frequently exposed to toxic agents while serving, such as asbestos, mustard gas, lead, Agent Orange, heavy metals, radiation, benzene, and as of recently, PFAS. Exposure to PFAS may be a contributing factor to miscarriage causes. PFAS is a group of hazardous chemicals, has a strong connection with cancer of the female reproductive system and miscarriages, pregnancy complications, and birth defects.

Servicewomen have been exposed to PFAS while being stationed at multiple contaminated military bases across the country during their active service and may be the culprit when it comes to miscarriage causes. At the moment, there are over 700 military installations in the U.S. whose environment is heavily polluted with PFAS.

The source of these toxic chemicals is the use of aqueous film-forming foam (AFFF) by military firefighters and trainees, a fire suppressant that can quickly extinguish fires stemming from flammable liquids and gases. AFFF was developed by the U.S. Navy together with the 3M company in 1966. The major downside is that AFFF contains high concentrations of PFAS, which are inevitably released in the environment when the fire suppressant is employed.

Gregory A. Cade, an industrial hygienist at Environmental Litigation Group, P.C., mentions that “Exposure to PFOS and PFOA, the toxic chemicals in AFFF, can lead to the development of multiple serious diseases over the years including kidney cancer and bladder cancer.”

Unfortunately, the health effects of PFAS exposure usually take several years to several decades to occur—they damage the body gradually. Consequently, many women who develop a health problem due to exposure to PFAS are veterans or former military members of reproductive age. Among the vast array of serious diseases which PFAS exposure can cause in women, such as ovarian cancer, cervical cancer, and breast cancer, there are also reproductive problems, not limited to miscarriage and miscarriage causes, which they may experience if they spend more than a couple of months on a contaminated military base.

PFAS have a definitive link to reproductive toxicity, which means that the existence of these substances in the body of a woman who plans to conceive will interfere with her reproductive capacity. Accordingly, female military members with a high concentration of PFAS in their blood have a significantly lower chance of becoming pregnant. Furthermore, medical studies found that PFOA and PFOS, the most researched chemicals from this group, are associated with infertility or subfecundity. This can severely affect women psychologically and emotionally because they will experience various miscarriage causes and have a considerably more difficult time becoming pregnant.

A 2020 study revealed that PFAS also targets the ovaries, disrupting their function. Some of the consequences of abnormal ovarian function are irregular menstrual cycles, reaching menopause earlier, and reduced estrogens and androgens. These effects can also interfere with the proper functioning of the reproductive system as a whole and the normal release of sex hormones, thus increasing health issues leading to miscarriage causes, as well as reducing the chances of female military members being exposed to PFAS to conceive and/or may lead to miscarriage causes and health issues.

Miscarriage causes aren’t the only concern regarding a woman’s health and PFAS exposure. In the fortunate case that a woman who has been exposed to PFAS in the military becomes pregnant, either with or without fertility treatment, she should pay close attention to her health during the period she is pregnant. PFAS are so harmful that they can penetrate the placenta and reach the developing fetus, and, as a consequence, they can also be found in the cord serum.

A severe, possibly fatal, health complication pregnant women exposed to PFAS can experience is pregnancy-induced hypertension, medically known as preeclampsia. If a mother-to-be develops this condition, she needs to deliver the baby as soon as possible, regardless of how far along she is. The health effects of untreated preeclampsia endanger the woman’s life by damaging the liver, kidneys, and lungs. Other ways in which exposure to PFAS can affect pregnancy is by causing premature deliveries, gestational diabetes, and stillbirths.

Nevertheless, if the baby has been delivered successfully, it is not recommended for her to breastfeed her child—PFAS are present in breastmilk and can be transmitted to the infant. So, it is safer for the mother to feed her child baby formula instead to avoid increasing the level of PFAS in the infant’s blood.

Experiencing a miscarriage is one of the most tragic moments in a woman’s life. One out of 8 pregnancies ends in miscarriage, which makes it quite common. Nonetheless, it is extremely difficult to cope with the loss of a child. It may cause severe anxiety and depression in women, particularly if they had the misfortune of having more than one miscarriage. The fear of going through the same traumatizing experience manifests itself, particularly when the woman attempts to conceive again. Some women give up completely on having a baby due to the crippling fear of miscarrying again.

There is a causal relationship between exposure to PFAS and miscarriage causes. A recent study compared 220 women exposed to PFAS who had miscarriages and 218 who had a history of PFAS exposure but gave birth. After examining blood samples and controlling for confounding factors such as smoking and alcohol consumption, researchers concluded that the presence of PFAS inside the body makes her substantially more prone to experiencing a miscarriage.

Another dramatic health consequence of PFAS exposure (other than known miscarriage causes) concerns birth defects in the children of female members of the military who came into contact with these highly toxic chemicals. Their babies can be born with heart defects, neural tube defects, Down syndrome, and problems with nervous system development. Children can also have a low birth weight due to their mother having been exposed to PFAS in the military. Having a child struggling with a congenital disability that prevents them from performing certain activities or hinders their ability to reach their full potential is heartbreaking for the mother.

Finally, women who served in the military after 1966 and are trying to conceive are very susceptible to experiencing health issues that may affect themselves, their pregnancies, and their babies. Therefore, it is highly recommended that they discuss their decision with a medical specialist beforehand to prevent miscarriage causes and other health-related issues.

While the consequences of PFAS exposure connected to miscarriage causes are dramatic and intimidating, options are out there. Find a doctor who has extensive knowledge of the reproductive consequences of toxic exposure in women. This medical professional can help female members of the military navigate and carry out a pregnancy to its full term and address any complications as they arise and eliminate miscarriage causes and complications by PFAS.

💖 NEWSLETTER: DAILY READS IN YOUR INBOX 💖
Sign up to receive our picks for the best things to do, see and buy so you can relax and focus on more important tasks! Let us help you be the best version of yourself you can be!

Gargling with povidone-iodine may reduce salivary viral load in COVID-19 patients
Computer-based driving program reduces on-road crashes and near crashes among youth with ADHD
10 Thoughtful Personalized Gifts For The Holiday Season
The Elton John AIDS Foundation: a powerful force in the end to the AIDS epidemic
Does breast milk influence infants’ intestinal microbiota?