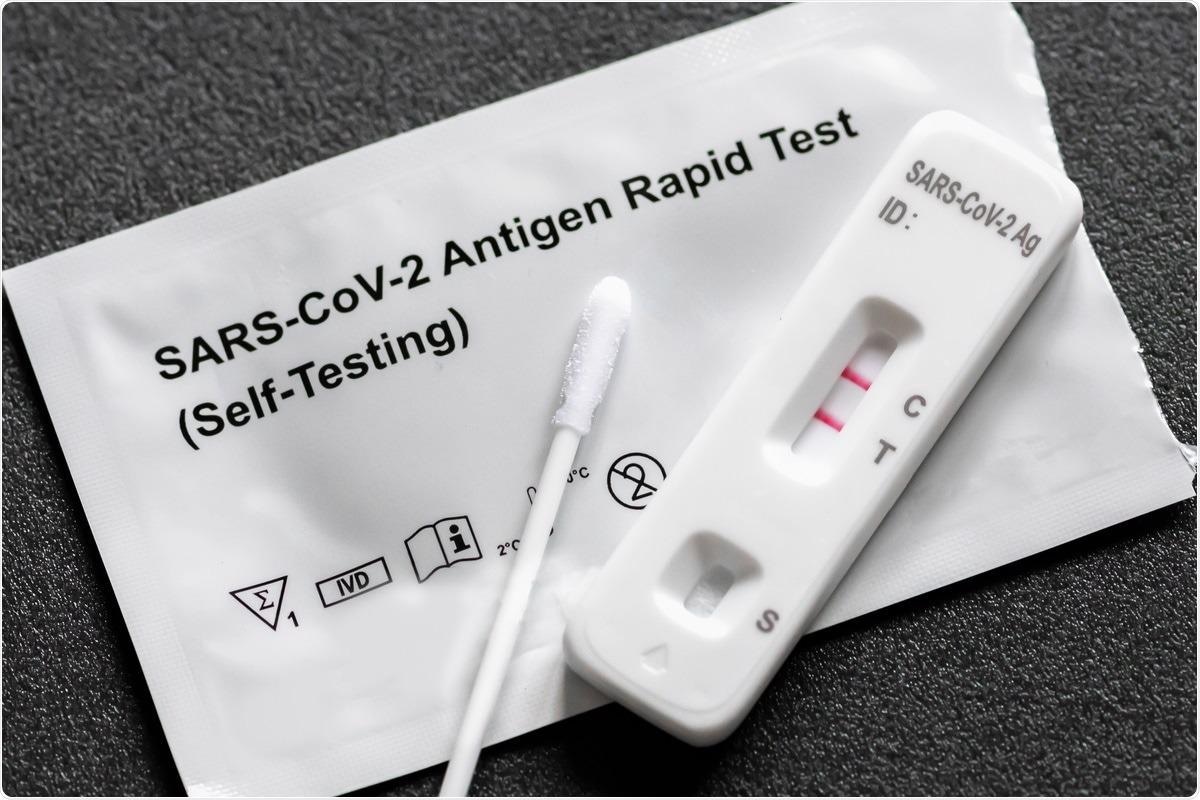 The ongoing coronavirus disease 2019 (COVID-19) pandemic led to the exodus of millions upon millions of students from schools worldwide, as they were thought to be at risk for the virus, and even more, were considered to be potential spreaders to their household members. As the months passed, governments revised their policies, allowing students to return to school in a staggered manner.

In a recent study posted to the medRxiv* preprint server, a test-to-return approach for students in isolation is explored for its utility in sorting out students who can safely return to school without jeopardizing others, from those with a high viral load.

The US faced a heterogeneous response to the closure of schools once the first wave of the pandemic was over. The US Centers for Disease Control and Prevention (CDC) issued updated recommendations in December 2021, dealing with this issue. The new guidelines call for people with a positive test for the severe acute respiratory syndrome coronavirus 2 (SARS-CoV-2) to stop isolating on day 6 from either the positive test, if asymptomatic, or symptom onset, given that the person is able to wear a mask until and through day 10, and has experienced symptom relief.

The fact remains that some people, at least, still shed viruses at this point, as has been shown in culture experiments. For this reason, rapid antigen test (RAT) positivity is considered a possible way out. Furthermore, the RAT  not only correlates well with higher viral loads in the subjects but with culturable replicating virus, making it a good marker of infectiousness.

Within a month of this guideline, the CDC revised it again, allowing schools to ask for a RAT towards the close of the 5-day isolation period. If the test is negative, the student is released from isolation. Conversely, a positive result indicates continued isolation until day 10 is completed.

However, the outcomes with this test-to-return (TTR) policy remain to be examined for their utility. The current study attempts to explore this aspect of the policy.

What Did the Study Show?

The researchers chose a public school district in Massachusetts, where TTR commenced in January 2022. All individuals at the school could return from isolation on days 6-10, in the absence of fever without requiring antipyretics, if their symptoms were better, and if a RAT performed at school-by-school staff, any day between days 5-9, resulted in a negative result.

If the test was positive, they continued to isolate until day 11, as did those who refused TTR. All this data was used for the study to obtain positivity rates by grade, test type (first test), vaccination status, symptomatic status, and duration of symptoms at the point of testing.

There were 636 test-positive students in the study, of which 68% had known symptoms. Just over 400, accounting for almost two-thirds of the study, had a TTR, and 128 returned a positive RAT result. The scientists failed to identify any effect of grade level, test type, or vaccination status.

Test to return positivity rate according to day of infection on which TTR was conducted, stratified by presence or absence of symptoms at any time during infection, among those with available symptom status. Chi-square tests of trend were performed for each group. Error bars show 95% exact binomial confidence intervals.

However, students who had symptoms during their illness were always more likely to test positive during their test to return, compared to asymptomatic, at 435 vs. 17%. With each day of infection, the TTR lost sensitivity.

In comparison, a public school district had many students out with Omicron infection. In this setting, the RAT was positive at 5-6 days from positive test or symptom onset, irrespective of symptom relief. These findings closely agree with earlier modeling predictions.

In this study, there was no way to find out if the students deliberately changed the time of TTR to ensure it would be negative, thus changing the results of this analysis.

“If all persons meeting time and symptom criteria had tested on day 5 or 6, the positivity rate would likely have been higher.”

Also, the correlation of RAT and culture positivity for Omicron is unclear. However, available data seem to indicate that even with this variant, RAT continues to have a high sensitivity if the viral load is high.

The use of a TTR policy in schools may reduce the spread of the virus in schools and increase missed days if adopted widely on day 6. Without such testing, the student could reduce missed days by returning on this day, but at the cost of a potential increase in the transmission of the virus.

Another option is to isolate through day 10. The TTR policy is beneficial to shorten this period without risking higher transmission rates.

However, even without this, using masks as instructed has prevented most possible transmissions in schools. Secondly, nobody knows what the risk of transmission is after day 6 but before day 10. This should drive authorities to infer that a minority of students may still carry the virus during this period when TTR is not adopted.

Therefore, the authors conclude, “For students on days 6-10, strict adherence to masking (consistent with CDC guidance) and safe distance during unmasked periods, including lunchtime, are essential.”