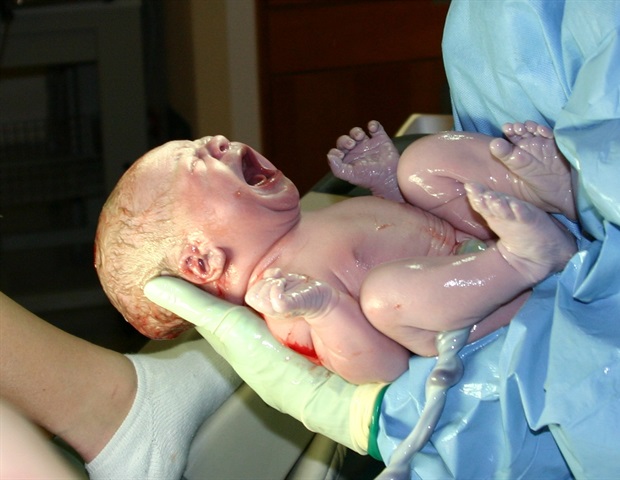 Adding erythropoietin to cooling therapy for term newborns with birth asphyxia has no benefit over cooling therapy alone, a study published today in the New England Journal of Medicine.

The findings contrast with results from small trials in which erythropoietin appeared safe and effective, noted Dr. Sandra “Sunny” Juul, senior author of the study. The Alan Hodson Endowed Professor of Pediatrics at the UW School of Medicine, Juul is also the UW Medicine chief of neonatology (newborn medical care) and practices at Seattle Chldren’s.

Hypoxic ischemic encephalopathy occurs when too little oxygen is going to the brain and other vital organs at or near time of birth. The multicenter trial of 500 infants with moderate or severe hypoxic ischemic encephalopathy found an equal risk of death or neurodevelopmental impairment at 2 to 3 years of age for the placebo group that received hypothermia treatment only, and the hypothermia plus erythropoietin group.

In addition, the study showed an unexpected finding. The erythropoietin group had more serious adverse events during the newborn period than the placebo group.

It’s a negative outcome, but this is important for clinicians to know. This study demonstrates how important large prospective randomized controlled trials are. These larger phase III studies have enough statistical power to truly answer a clinical question. The larger study size also was able to demonstrate the unexpected safety concern.”

Epo is a naturally occurring hormone that encourages the production of red blood cells. It is also important in brain development during gestation. In the case of this five-year study, the effects of epo and the hypothermia may have cancelled each other out, Juul noted.

Hospitals in the United States and abroad that currently combine erythropoietin with cooling therapy for infants born with hypoxic ischemic encephalopathy should reconsider the practice, agreed Juul and Wu.

The double-blind, placebo-controlled trial randomized infants to receive 1000 U per kilogram of erythropoietin or an equal volume of saline placebo intravenously prior to 26 hours of age and at 2, 3, 4 and 7 days of age. Death or neurodevelopmental impairment at age 22 to 36 months occurred in about half of infants in both groups.

Hypoxic ischemic encephalopathy affects more than 10,000 infants each year, and accounts for 22% of neonatal deaths worldwide.

“It’s a terrible disease, and without treatment, the chance of a poor outcome (neurological damage or death) for infants with this is 65 percent,” said Juul.

Large trials indicate therapeutic hypothermia improves survival and neurodevelopmental outcomes, yet up to 50% of infants who receive this therapy still die or have long-term disabilities such as cerebral palsy or epilepsy. Researchers therefore continue to look for additional therapies to further improve outcomes.

The study encompassed 500 neonates with severe to moderate hypoxic ischemic encephalopathy, involved 17 medical sites across the United States, and was a joint study with the University of California San Francisco.

The study was supported by the National Institute of Neurological Disorders and Stroke under award numbers U01NS092764 and U01NS092553. Juul co-led this trial with Dr. Yvonne Wu, professor of neurology and pediatrics at the University of California San Francisco.