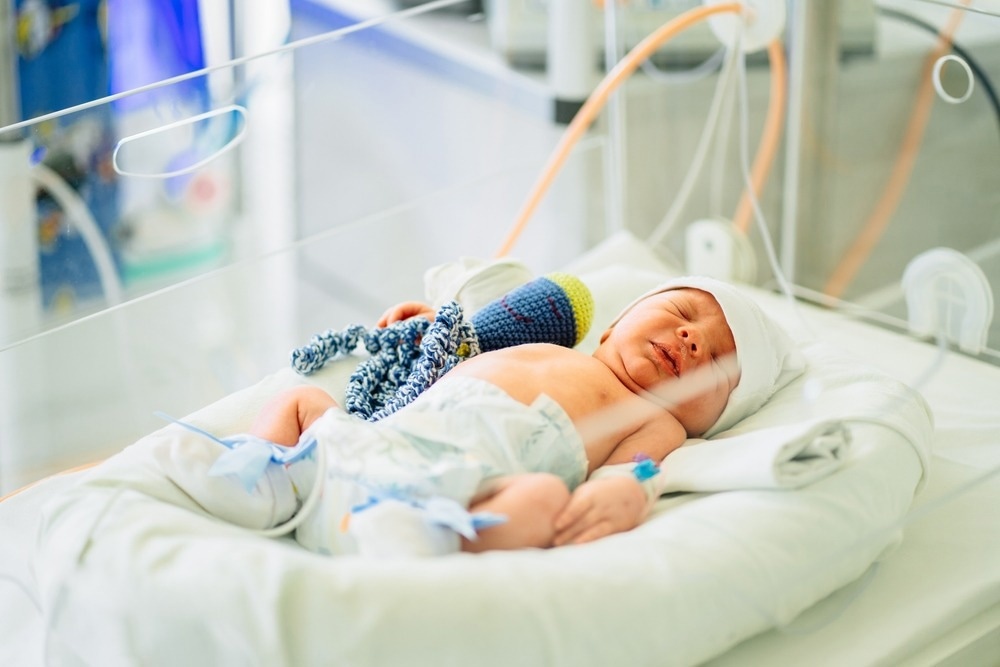 A recent Children journal study examined neonates born to mothers infected with the severe acute respiratory syndrome coronavirus 2 (SARS-CoV-2) and were admitted to the neonatal intensive care unit (NICU) as compared to neonates who remained with their mothers. Herein, the researchers confirm the rarity of SARS-CoV-2 vertical transmission and did not find a link between hospital outcomes of neonates born to infected mothers and premature birth in SARS-CoV-2-positive women.

A woman’s immune system undergoes several dynamic changes during pregnancy. For example, pregnancy often causes the woman to be more vulnerable to various pathogens like bacteria, viruses, and parasites. This occurs due to the immunosuppressed state of mothers, which, as a result, increases the risk that newborns will contract viral infections.

Throughout the coronavirus disease 2019 (COVID-19) pandemic, numerous studies have confirmed that the vertical transmission of SARS-CoV-2 between the mother and infants is uncommon. Nevertheless, a considerable amount of evidence has demonstrated that COVID-19 during pregnancy is associated with poor outcomes such as fetal death, preeclampsia, and preterm birth, as well as both postpartum and postnatal problems.

Providing the best postpartum and postnatal care requires understanding the clinical significance, problems, and epidemiological aspects of a SARS-CoV-2 infection during pregnancy.

The COVID-19 pandemic has had considerable impacts on the elderly and immunocompromised individuals, as well as marginalized communities such as ethnic minorities and those living in poorer socioeconomic conditions. Considerable challenges exist for individuals residing along the United States and Mexico border, particularly regarding their ability to receive sufficient medical care. In fact, several studies have indicated that those living close to border areas are more affected by inequities in accessing adequate health care.

The objective of the present study was to assess the pregnancy and postoperative outcomes of SARS-CoV-2-positive mothers admitted to a level IV maternal newborn care center on the U.S.-Mexico border in El Paso, Texas.

The current study included all pregnant women who tested positive for SARS-CoV-2 during pregnancy from June 2020 through June 2021, as well as all newborns born to infected pregnant women. Additionally, neonates admitted to the NICU were compared to those who were allowed to stay with their mothers after birth.

No significant variations were found in the gestational ages of neonates admitted to the NICU as compared to those who were not. Furthermore, no difference was observed between the two groups of newborns with respect to body weight at birth, Apgar score, gender, or mode of delivery.

Complete blood count (CBC) testing revealed no difference in white blood cell (WBC) counts, neutrophil percentages, platelet levels, band percentage, or hematocrit percentages among neonates admitted to the NICU and those who were not.

Infants in both groups had comparable rates of breastfeeding upon discharge, regardless of the median length of hospitalization. In addition, the rates of hospital readmission within the first month after discharge were not significantly different between the two groups.

Results of complete blood count at 24 and 48 h.

The current retrospective study had a modest sample size, thus necessitating a larger investigation to corroborate these findings. Furthermore, insufficient information regarding full blood counts was utilized for all infants.

Owing to the rampant influx and outflux of individuals across the border, postnatal follow-up may have been lost. This could have led to an undercounting of data on the neonates and infants after hospital discharge.

The placentas of infected mothers were not assessed for abnormalities; thus, pregnancy-related complications due to COVID-19 could not be described. A larger study comparing babies born to pregnant women residing at the U.S.-Mexico border with and without COVID-19 would provide more information regarding pregnancy-related outcomes of this disease.

Taken together, NICU babies exposed to SARS-CoV-2 during gestation were more likely to require resuscitation. Of note, SARS-CoV-2 infection did not increase the rate of premature births in this study.

Within a month after hospital discharge, neonates born to SARS-CoV-2-infected mothers were less likely to contract severe infection necessitating hospitalization.

Importantly, the researchers advocated for continued breastfeeding by mothers, irrespective of their SARS-CoV-2 infection status.