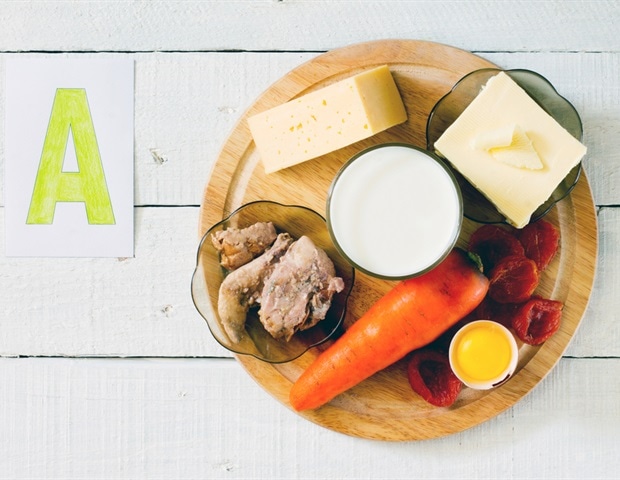 Two in five eligible children in India are missing out on preventive vitamin A supplementation designed to ward off the health problems associated with deficiency of the vitamin, finds an analysis of representative survey data, published in the open access journal BMJ Global Health.

There are a large number of ‘cold spots’ in provision across the country, and wide variations in coverage within and among states, the findings show.

Adequate vitamin A intake can only be obtained from the diet, but poor nutrition plus infections that are common in the under-5s in developing countries mean that an estimated 190 million young children-;1 in 3-;are vitamin A deficient.

Vitamin A is important for many cellular processes in the human body that are critical for eyesight, growth and development, wound healing, reproduction and immunity, among others.

Childhood vitamin A deficiency has long been recognized as an important but controllable public health problem in India. And since 2006, the government has recommended high dose vitamin A supplements for all children aged 9 to 59 months.

To find out levels of coverage, the researchers mapped provision by all 640 districts, encompassing each of the 29 states and 7 union territories, drawing on nationally representative cross-sectional data collected during wave 4 of the National Family and Health Survey 4 (NFHS-4) and the Comprehensive National Nutritional Survey (CNNS).

Coverage was estimated using information obtained from mothers as to whether their children (204,645) had received vitamin A supplementation within 6 months of the NFHS-4 survey.

The estimated prevalence of vitamin A deficiency was based on serum retinol measurements among the under 5s (9563) during the CNNS.

Overall coverage was 60.5%, which is low compared with that of most other South Asian countries, note the researchers. And it varied widely, ranging from 29.5% (Nagaland) to 89.5% (Goa) across the various states/union territories.

Among districts, coverage ranged from just under 13% (Longleng district, Nagaland) to 94.5% (Kolar district, Karnataka). There were distinct geographical hotspots and coldspots.

Seventy one out of the 640 districts (11%) achieved coverage above 80%. But in 13 districts coverage was 20% or below: 4 from Nagaland (Longleng, Mon, Phek, and Zunheboto); 3 from Manipur (Ukhrul, Chandel, and Senapati); 3 from Uttar Pradesh (Muzaffarnagar, Bareilly, and Bahraich); 2 from Rajasthan (Dungarpur and Rajsamand); and 1 from Arunachal Pradesh (East Kameng).

No significant association, however, was observed between supplement coverage and the prevalence of vitamin A deficiency.

This is an observational study, based on survey data, and as such, can’t establish causality. And although regarded as an important public health intervention, the usefulness of universal vitamin A supplementation is increasingly being questioned, with calls for more nuanced and sustainable alternatives, note the researchers.

But low coverage was mostly in areas beset by infrastructure and logistical issues, high levels of disease, and inequitable health service provision, while high coverage was mostly in prosperous areas that generally rank high in health, demographic, socioeconomic and developmental indicators, they point out.

Evidence-based approaches are required to assess the impact of these differences and ensure that appropriate vitamin A interventions are delivered to the people most in need, they conclude.