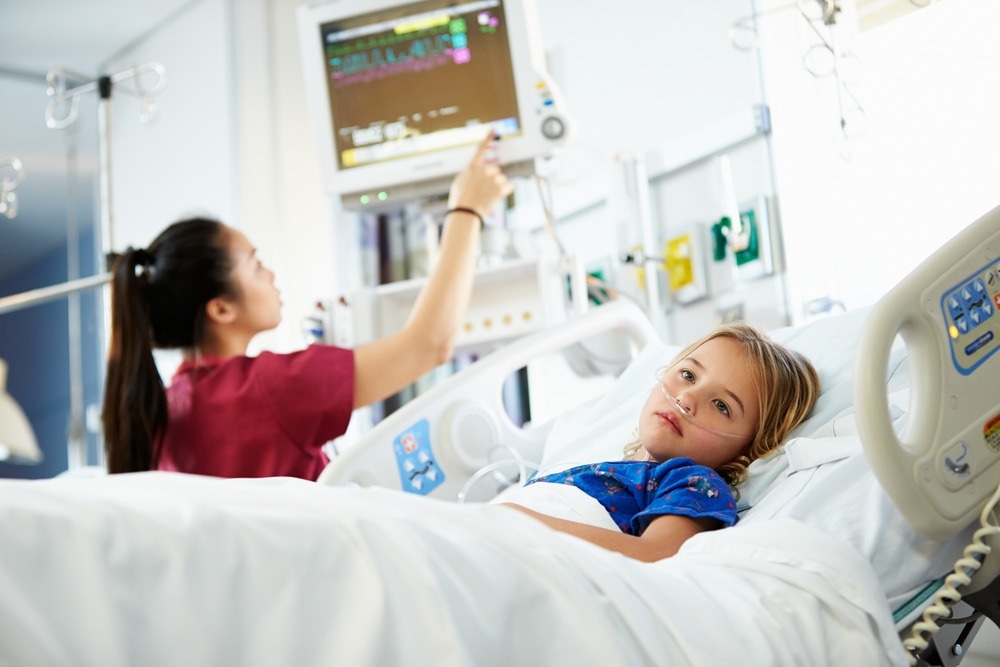 In a recent study published in the Journal of American Medical Association (JAMA) Pediatrics, researchers estimate the risk of multisystem inflammatory syndrome in children (MIS-C) in Denmark. MIS-C is a severe manifestation of severe acute respiratory syndrome coronavirus 2 (SARS-CoV-2) infection in children and adolescents.

Study: Risk and Phenotype of Multisystem Inflammatory Syndrome in Vaccinated and Unvaccinated Danish Children Before and During the Omicron Wave. Image Credit: Monkey Business Images / Shutterstock.com

In the current prospective study, researchers estimate the risk of MIS-C among vaccinated and non-vaccinated subjects during the Omicron wave. Individuals aged 17 years or younger with MIS-C from 18 Danish pediatric departments were included.

Patients were infected with SARS-CoV-2 between January 1, 2022, to February 1, 2022, which is when the SARS-CoV-2 Omicron variant was the dominant circulating strain in Denmark. The authors utilized previously reported data to compare MIS-C between Omicron and pre-Omicron waves.

The risk of MIS-C was calculated per one million infected cases (children/adolescents). The researchers applied 1.5 to 2.1 multipliers to laboratory-confirmed infections to obtain an estimated number of infections.

A multiplier of 1.5 was applied for individuals between the ages of five and 17 years to SARS-CoV-2 infections in February 2022, which was based on seroprevalence in adult blood donors. A multiplier of 2.1 was used for those between ages zero and four years of age.

A total of 583,618 SARS-CoV-2 infections were estimated during the study period. Of these, the authors identified one vaccinated and 11 non-vaccinated patients with MIS-C. MIS-C was not identified among 31,516 estimated cases with SARS-CoV-2 reinfection.

The MIS-C risk was significantly lower during the Omicron wave than pre-Omicron waves. This could be due to the reduced ability of the SARS-CoV-2 Omicron variant to induce hyperinflammation or the decreased risk after reinfection.

The risk of MIS-C was also significantly lower during the Omicron wave after vaccine-breakthrough infections relative to non-vaccinated subjects. This might be due to vaccination-induced immune modulation, which renders the immune system less susceptible to SARS-CoV-2-induced hyperinflammation.

One of the study’s limitations was the small size of the population, which resulted in fewer MIS-C cases. The multipliers used in the study were also lower than those previously used for the United States population due to the thorough testing capacity in Denmark.

Taken together, the current study reported a significantly lower risk of MIS-C in the Danish population after infection with the SARS-CoV-2 Omicron variant as compared to pre-Omicron variants, as well as a reduced MIS-C risk after vaccine-breakthrough infection.

Outdoor play reduces some of the negative effects of screen time for young children
Is there an association between parental education level and the risk of malnutrition among children?
Public health experts draft recommendations to help prevent vaping product use-associated lung injury
Exploring the clinical impact of co-detections of other respiratory viruses in US children hospitalized for COVID-19
Unmet needs: Critics cite failures in health care for vulnerable foster children