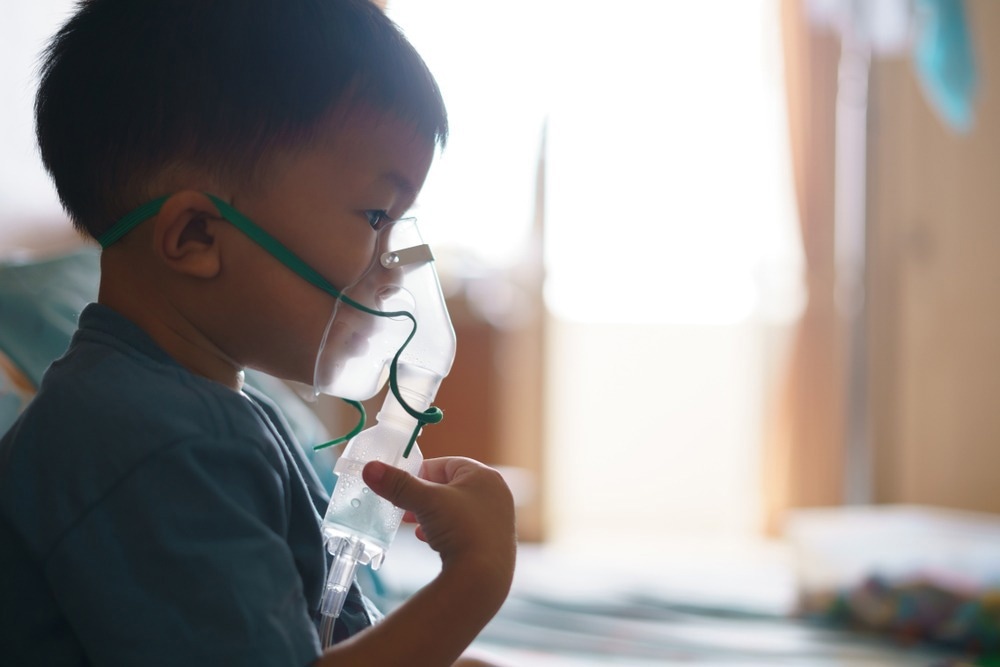 The respiratory syncytial virus (RSV) is responsible for a third of pneumonia cases around the world and is the second leading cause of infant deaths. RSV also affects older people above the age of 60 years, causing both illness and death on a scale similar to that of influenza in this patient population.

Over 99% of infant and child deaths from RSV occur in low- and middle-income (LMIC) countries. In high-income countries (HIC), premature infants, as well as those with congenital heart disease, chronic lung disease, neuromuscular disease, or Down syndrome, are at an increased risk for RSV infection.

A new The Lancet Infectious Diseases study reviews recent advancements made in the development of RSV immunoprophylactic measures.

The current paper describes the various vaccine and antibody strategies being pursued. Such reviews are helpful in providing a ‘birds’-eye-view’ of the research landscape so that further development can be guided by failures and lessons learned from prior trials.

An earlier review of RSV vaccines in 2018 by the same authors emphasized the superiority of controlled human infection models to elicit rapid proof of concept of vaccine protection as well as a detailed exploration of the immunologic features of the post-vaccination subject.

This may have led to the use of this model for six vaccines that are being tested today against RSV. Altogether, 11 of the 19 vaccines covered in that review are still under development, while 19 new ones have entered the testing phase.

Correlates of protection offered by vaccines are unclear; however, they are often associated with cell-mediated immunity, as well as the generation of mucosal immunoglobulin A (IgA) antibodies and nAbs. Vaccination during pregnancy may not protect very preterm infants due to the very low rates of antibody transfer from maternal to fetal circulation through the placenta until the end of the third trimester.

Several platforms have been explored for their potential utility in RSV prevention. These include monoclonal antibodies (mAbs) and vaccines based on five different technologies, including recombinant vector, subunit, particle-based, live attenuated virus (LAV), chimeric virus, and nucleic acid (NA) vaccines.

Currently, researchers are looking to identify the viral epitopes that induce nAbs to avoid the development of ADE of disease. The approach has shifted to using rational structure-based designs for both mAbs and vaccines.

Currently, nine vaccines are undergoing Phase III clinical trials. One mAb, nirsevimab, may be introduced sometime in the next year for infants in HIC.

For babies older than six months of age, LAV vaccines are being developed. Subunit vaccines are also being tested for use in pregnancy with the goal of achieving neonatal immunity.

There are three vaccine-eligible groups for RSV, which include children, pregnant women, and older adults. For children, mAbs are preferred up to six months of age, whereas LAVs are preferred for older infants. Such babies may also benefit from passive immunity generated from maternal vaccine-induced antibodies.

The PREPARE trial involved a maternal RSV vaccine that entered a Phase III clinical trial for the first time. While this met safety criteria, it also provided evidence that maternal RSV vaccination could protect against severe RSV disease in infants. However, it did not meet the preset efficacy criteria.

Over half of the participants in the PREPARE trial were protected against clinical lower respiratory tract infection (LRTI) by RSV, whereas about 75% were protected against severe hypoxemia due to RSV LRTI. The vaccine was also found to reduce about 50% of all-cause infant mortality at one year from maternal vaccination.

The efficacy varied between countries by their income levels. This could be due to the different rates at which babies in HIC and LMIC are hospitalized for milder symptoms, as well as lower overall rates of severe RSV disease in HIC.

The researchers also found a correlation between the induction of RSV nAbs and F surface glycoprotein binding antibodies with protection against RSV LRTI with severe hypoxemia. Notably, a 16-fold rise in maternal IgG to the F protein two weeks following vaccination was linked to a vaccine efficacy of 75%.

Drug development was discontinued because prespecified criteria for efficacy were not met. A rollover trial might be considered to confirm efficacy and develop this vaccine for LMICs.”

A mAb called suptuvumab or REGN2222 failed to prevent RSV hospitalization or outpatient RSV LRTI in a multinational Phase III study. This was because of a natural mutation in the circulating dominant strain of the RSV subgroup B, which evaded antibody binding and neutralization. Meanwhile, subgroup A continued to be unchanged, and the mAb was associated with relative efficacy.

This highlights the need to monitor the susceptibility of escape mutants during the clinical development of a vaccine or mAb. This risk is magnified when using a single viral antigenic epitope, as it offers the potential for mutational escape at specific sites.

The pediatric VV vaccine ChAd155.RSV was also halted after a Phase II trial showed no evidence of adequate efficacy. However, this vaccine was found to be safe and effective in human adults.

More recently, research on LAVs, which induce both humoral and cellular mucosal immunity, has increased. While earlier LAV candidates had the risk of reversion to wild-type pathogenic virus, newer findings are making it possible to engineer the genes required for RNA synthesis. LAVs are also advantageous for their intranasal route of administration.

RSV LAV candidates have not shown evidence of ADE of disease after seven Phase I trials. Moreover, these vaccine candidates were associated with an efficacy of nearly 70% against clinical RSV acute respiratory illness and 90% against RSV LRTI that was maintained for at least one year.

Protein subunit vaccines are not used in children without a prior history of RSV infection due to previous reports of ADE of disease. The pre-F protein is being used in most candidates currently under development, as the post-fusion subunit candidate failed in a previous Phase I trial.

Non-F viral antigens are being used in three subunit vaccine candidates, of which include the RSV G protein, part of the RSV-A-She protein, and VAGA-9001a.

Particle-based vaccines have a unique advantage in their ability to display numerous antigens on a self-assembled particle resembling a virus. These nanoparticle platforms can stabilize the pre-F protein with the right antigen density and simultaneously carry antigens from different viruses. Needle-free particle-based vaccines are currently being investigated in clinical trials.

NA vaccines built on the messenger ribonucleic acid (mRNA) platform have been widely used throughout the coronavirus disease 2019 (COVID-19) pandemic. Their rapid development was based on extensive RSV vaccine research.

Proof of concept was obtained in earlier studies, with one candidate that has received breakthrough therapy designation from the U.S. Food and Drug Administration (FDA).

One of the most important advantages of mAbs is their ability to target pathogens with high specificity. With RSV mAbs, the structure and immunogenicity of the RSV F protein have been delineated, with the identification of viral epitopes that induce potent nAbs.

Newer RSV mAbs incorporate mutations that prolong their half-life, thereby conferring LRTI protection for a full RSV season. This is unlike the currently used palivizumab, which requires a monthly injection and is reserved for high-risk infants. Notably, newer RSV mAbs will likely be cheaper, thus allowing for the universal protection of infants.

Affordability is crucial for RSV mAb development, as this would allow LMICs to benefit from these technologies. One RSV mAb that is currently being investigated in early trials is targeted to cost less than $5 USD per dose.

Palivizumab could be given intranasally rather than intramuscularly each month; however, this still poses difficulties in low-resource settings. Biosimilars could also be developed at a much lower price than palivizumab.

RSV prevention appears to be on the horizon.”

Several mAbs and vaccines are expected to obtain regulatory approval over the next several years. The next challenge will be to achieve global access to mAbs with an extended half-life, especially with limited supplies.

With a two-decade-long successful experience of using palivizumab, it may remain the default preventative while HIC experience with mAbs accumulates to yield real-world viral resistance data.

Maternal vaccines could be used along with mAbs in infants to prevent severe RSV disease in infants. Their use in these young children could extend the period of protection and be useful in preterm and full-term infants alike. Moreover, mAbs can also be used to treat infants whose mothers did not receive the vaccine and during non-RSV seasons.

Several ongoing studies are exploring the durability of maternal vaccine-induced protection, especially since this is much cheaper than mAbs. Vaccination of older children will likely serve a complementary role.

Further research is needed to address logistical and shelf stability issues once mAbs become more affordable for LMICs, as well as provide a better understanding of circulating RSV strains.

Globally representative studies of these vaccines are also urgently needed. Such studies will establish vaccine efficacy in high- and low-burden settings, identify and measure the correlates of protection, monitor for escape variants, and expand the access of LMICs to these vaccines.