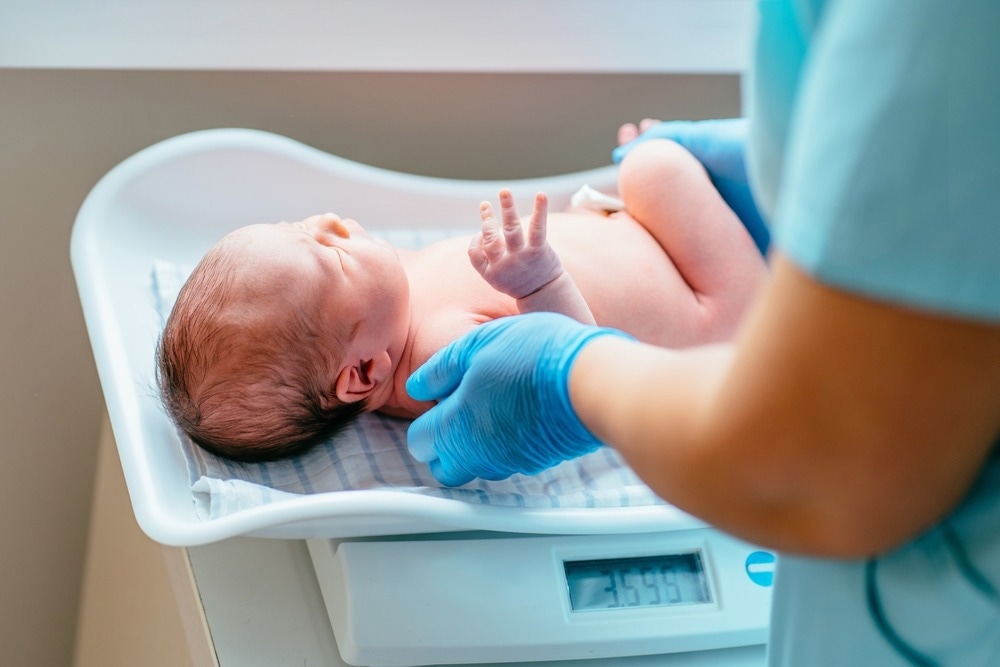 The developmental origins of health and disease (DOHaD) hypothesis describes how fetal growth influences the long-term health of an adult. Over the past several years, epidemiological studies have identified many factors that affect fetal growth, which, in turn, contribute to individual differences in disease pathogenesis later in life.

Experimental studies have also presented considerable evidence suggesting that an anomalous intrauterine environment could permanently affect the differentiation of vital organs. This could subsequently damage the pattern of cell proliferation and negatively impact the biophysical profiles of the metabolic and cardiovascular systems.

Birth weight is directly associated with intrauterine development and gestational duration. Both of these factors are affected by maternal cigarette use, genetic profiles of fetuses and parents, prenatal nutritional status, and pregnancy complications.

To date, there are limited studies that correlate birth weight with cause-specific mortality. Nevertheless, a large body of research indicates that lifestyle factors such as alcohol consumption, physical activity, tobacco use, obesity, and nutrition are important for mortality. It has yet to be confirmed whether these factors affect the association between birth weight and mortality.

In a new The Lancet Regional Health – Americas study, researchers evaluate the relationship between birth weight and cause-specific mortality. To this end, three ongoing prospective cohorts were reviewed, which included the Nurses’ Health Study (NHS), the Health Professionals Follow-up Study (HPFS), and the Nurses’ Health Study II (NHS II), to determine if these correlations were modified by lifestyle factors.

For over thirty years, these three ongoing prospective studies have been regularly updated with numerous health-related characteristic features and lifestyle factors. The current study included 22,389 men from HPFS (1994-2018) and 162,231 women from NHS (1992-2018) and NHS II (1991-2019). Cox proportional hazard regression models were used to calculate the hazard ratios (HRs) of mortality with respect to birth weight

The evaluation of women participants from both NHS and NHS II studies revealed a U-shaped relationship between birth weight and total mortality during adulthood. Low and high birth weight babies were strongly associated with an increased risk of mortality.

Interestingly, the cause-specific mortality analyses using female participants revealed that a high risk of mortality due to cancer was associated with a birth weight of over 4.5 kg. Similarly, several diseases such as cardiovascular diseases (CVDs) and respiratory diseases were highest among women whose birth weight was less than 2.5 kg.

The observed association between the birth weight of less than 2.5 kg and increased risk of mortality due to respiratory diseases and CVDs in women could be due to an aberrant intrauterine environment.

Comparable findings have been reported in a previous Danish study that described a U-shaped relationship between birth weight and all-cause mortality among men and women born between 1936 and 1979.

Although the current study findings were broadly in line with several others, there were some inconsistencies. These contradictions might be due to differences in the study designs, varied population characteristics, different birth weight cut-offs, and sample size.

Notably, birth weight might be an indicator of the fetal environment, which influences the pathogenesis of chronic diseases during adulthood, rather than being a key factor in the pathogeneses of adult mortality.

The inclusion of a large number of participants and death cases is the primary strength of the current study. The prospective study design, long-term follow-up period, adjustments of multiple confounders, and consideration of mortality risk factors are additional strengths.

A key limitation of the current study is the fact that the cohort represented relatively homogenous ethnic origin and education, which reduced the generalizability of the findings. Furthermore, some misclassifications of birth weight and unmeasured confounding factors could have generated biased results.

Taken together, a strong relationship between low birth weight and increased risk of CVD and respiratory disease mortality was found among women. Newborns with higher birth weight were associated with a greater risk of mortality due to cancer in men and women in adulthood.

The authors emphasized that clinicians, public health decision-makers, and healthcare workers must focus on improving the intrauterine environment to promote a long-term healthy life.

Formula may be right for infants, but experts warn that toddlers don’t need it
Is your child small for their age? Here’s what to look for
COVID-19 Associated With Increase In New Diagnoses Of Type 1 Diabetes In Youth, By As Much As 72%
Low-cost, robotic clothing for children with cerebral palsy
Every single piece from the Hilary Duff x Carter’s collection