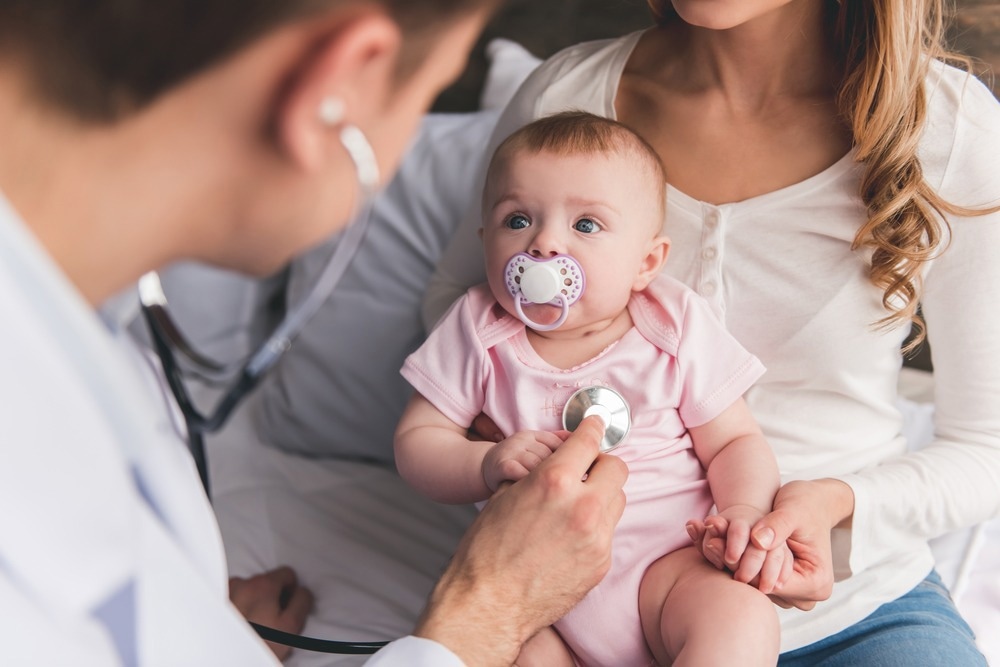 Celiac disease (CD) is an immune-mediated enteropathy that arises due to permanent gluten sensitivity in genetically susceptible individuals. Between 1975 and 2000, CD prevalence increased fivefold in the United States.

Improved recognition of a heterogeneous presentation, better screening, and increased disease awareness may be responsible for the increased diagnosis of this disease. Other factors likely also contribute to the pathogenesis of CD; however, why some at-risk individuals develop the disease remains unclear.

Along with gluten exposure and genetic susceptibility, changes in the gut microbiome and intestinal permeability impact the way the immune system encounters antigens. Previous studies have reported that gastrointestinal infection and antibiotic exposure were associated with an increased risk of CD development.

Acid suppression medications such as histamine-2 receptor antagonists (H2RA) and proton pump inhibitors (PPI) are the two common antibiotics prescribed in pediatric patients. To this end, a dose-response relationship was observed in patients with more antibiotic courses increased the risk of CD development.

Moreover, pH alteration, which influences the intestinal microbiome and food antigen degradation, may also be associated with CD pathogenesis. Exposure to H2RA and PPI during the first year of life can also lead to the early onset of CD due to changes in the gut mucosal barrier and intestinal microbiota.

A new study published in The Journal of Pediatrics determines whether exposure to H2RA, PPI, and other antibiotics after the first six months of life was associated with a diagnosis of CD during childhood.

The current retrospective study utilized the TRICARE military health system (MHS) database. Children with a birth medical record in the database between October 1, 2001, and September 30, 2013, as well as those enrolled within 35 days of birth in TRICARE, were included in the study.

Children with incomplete demographic or enrollment data, with greater than seven days of initial birth stay, and with the outcome of interest within the first six months of life were not eligible for the study.

The classification of medications was based on the American Hospital Formulary Service (AHFS) classification system. Information on the name of the medication, the number of days it was prescribed, and the patient’s age was collected from each eligible prescription, following which the duration of the prescription was evaluated.

The CD outcome was defined using the International Classification of Diseases, Ninth Revision, Clinical Modification (ICD-9-CM) diagnostic code 579.0. Birth by cesarean delivery and prematurity were other variables extracted using ICD-9-CM codes. In addition, information on each child’s inpatient and outpatient medical visits was obtained from the MHS database.

The hazard ratio (HR) of CD development based on H2RAs, PPIs, and other antibiotic exposures after the first six months of life was also calculated.

Study participants were divided into groups based on median days of prescribed medications. The groups included those who did not receive any medication and one to 60 days or more than 60 days of receiving PPIs or H2RAs.

Prescription for a longer duration of acid suppression medication was associated with a higher risk of CD development. Additionally, the HR was greater for PPI and H2RA prescription durations of greater than 60 days compared to less than 60 days. Multiple classes of medications increased the HR for CD development with each additional medication class.

PPI, H2RA, and antibiotic prescriptions during the first six months of life can increase the risk of CD development. This risk is further increased for prescriptions of multiple categories and when these drugs are prescribed for more extended periods.

The study findings highlight preventative factors, such as medication stewardship, that can help reduce the incidence of CD. However, further research is needed to understand how early infant exposures, antigen presentation, protein breakdown, and microbiome can lead to the development of CD.

The study has certain limitations. First, the early symptoms and indications for prescribing medications were unknown. Second, the study did not include infants under six months of age.

The analysis of patient HLA genotypes and celiac risk was not carried out. Additionally, the age of solid food or gluten introduction and breastfeeding status could not be evaluated.

The current study did not include patients diagnosed with CD during adulthood or adolescence, nor those diagnosed several years after exposure to the medication. In addition, the study only reviewed outpatient prescriptions.