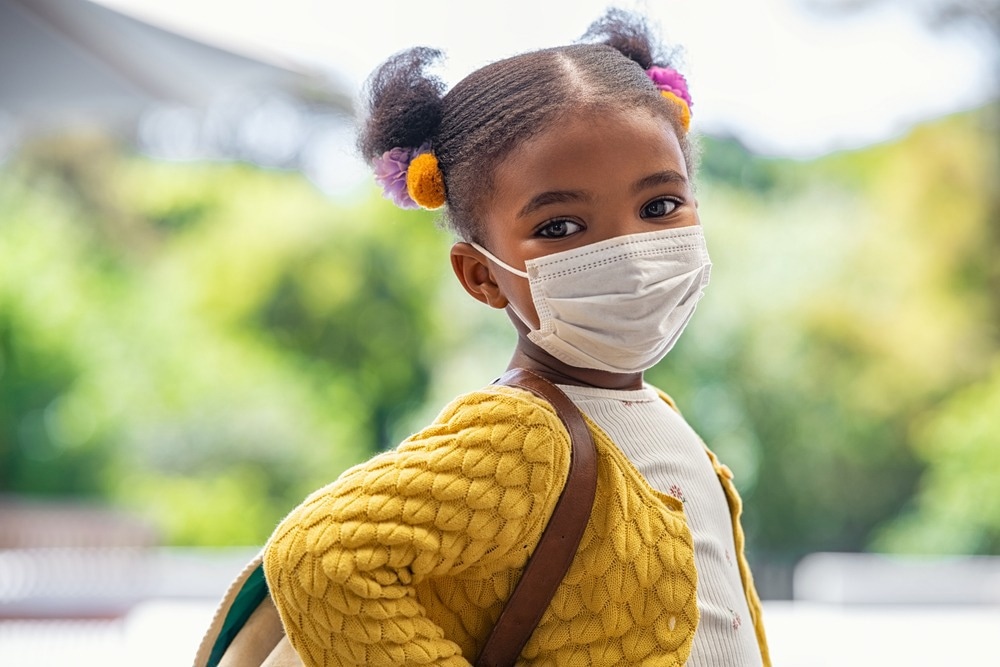 The coronavirus disease 2019 (COVID-19) pandemic, caused by the severe acute respiratory syndrome coronavirus 2 (SARS-CoV-2), continues to threaten human health worldwide. While young and older adults have been affected, children are much less likely to experience severe disease; however, little is known about their role in SARS-CoV-2 transmission.

A new study published on the preprint server medRxiv* examines the infectivity of pediatric samples to determine whether children are less hospitable to SARS-CoV-2 and, as a result, pose a lower risk of a viral spread than adults.

Most children infected with SARS-CoV-2 experience mild symptoms, with a small proportion affected by severe disease. This remained the pattern, even after Delta and Omicron variants emerged, and was often observed among very young children who were initially not included in the vaccine-eligible groups.

One hypothesis is that the behavior of SARS-CoV-2 in children differs from its biology in adult victims. For example, viral replication has been shown to be less efficient in children as compared to adult nasal epithelium.

This theory was further examined using the viral load in adult and pediatric samples using the standard reverse transcriptase polymerase chain reaction (RT-PCR) assay in its quantitative format. The cycle threshold (Ct) was used as a proxy for the viral load in clinical samples.

However, such studies failed to show any differences between children and adults when samples from patients with comparable infection severities were measured.

Recently, the authors of the current preprint reported that the Ct is indirectly related to infectious SARS-CoV-2 titers in the samples and is impacted by both viral and host factors, thus allowing for gross differences to arise in the final estimate. However, this work did not include children.

The current study extended the earlier work to assess children up to the age of 18 years. The aim was to identify an increase in viral ribonucleic acid (RNA) loads with age.

The study utilized samples stored at Children’s Wisconsin Hospital in Milwaukee, Wisconsin, dated from September 14, 2020, to May 17, 2021. Determinations on the 144 samples showed that, in general, a higher RNA load was correlated with a higher infectious viral load, though not in a strictly linear fashion. However, no significant association was found between infectious viral titer and age.

“These data indicate that there is no difference in the infectiousness of SARS-CoV-2 produced by children, regardless of age.” 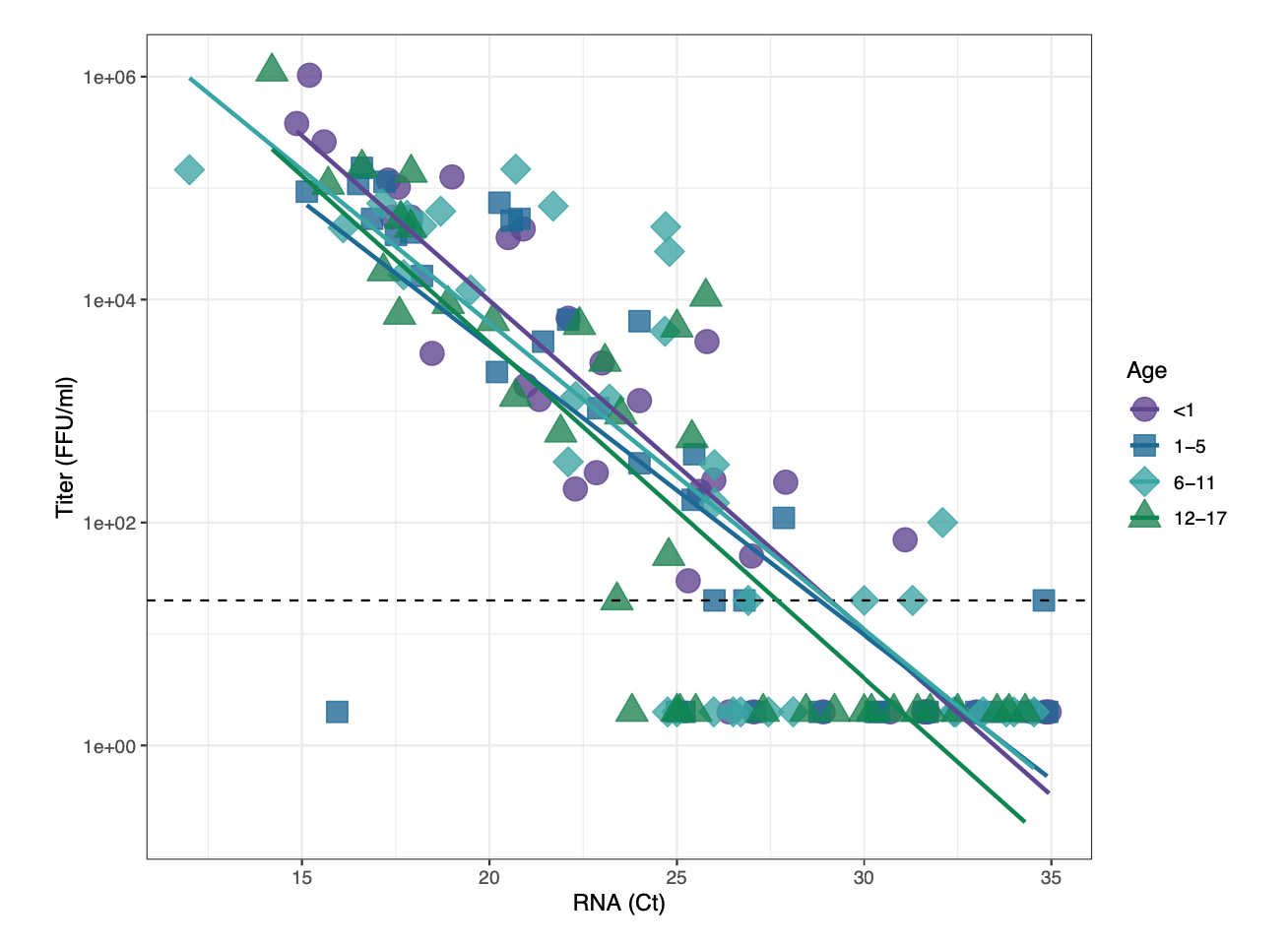 SARS-CoV-2 viral infectivity does not vary by age in a pediatric population. A set of 144 clinical samples from children infected with SARS-CoV-2 was used to examine the relationship between infectious virus titer and RNA viral load as a function of patient age. Individual specimen measurements of E gene RNA levels (CT) on the x-axis are plotted against viral titer, as measured in focus forming units (FFU/mL) on the y-axis. Dashed line indicates the limit of detection for infectious titer (20 FFU/mL). Samples for which we could not measure a viral titer were assigned fixed values of one-tenth the limit of detection (2 FFU/mL). Lines of best fit were generated by linear regression on log-transformed titer data as a function of CT and age group.

These results indicate that children are as infectious as adults at equivalent viral RNA loads. Notably, this does not account for changes in the SARS-CoV-2 variant responsible for the infection, which could lead to significant variation in infectivity. This is supported by the fact that many samples came from older adolescents who might be expected to closely resemble adults in their physiology.

Nor did the researchers examine the timing of the samples in terms of days since symptom onset, the immune status of the host, and vaccination status. Further studies including these factors would better elucidate the role of these factors in facilitating or inhibiting viral replication and/or infectivity in adults vs children.