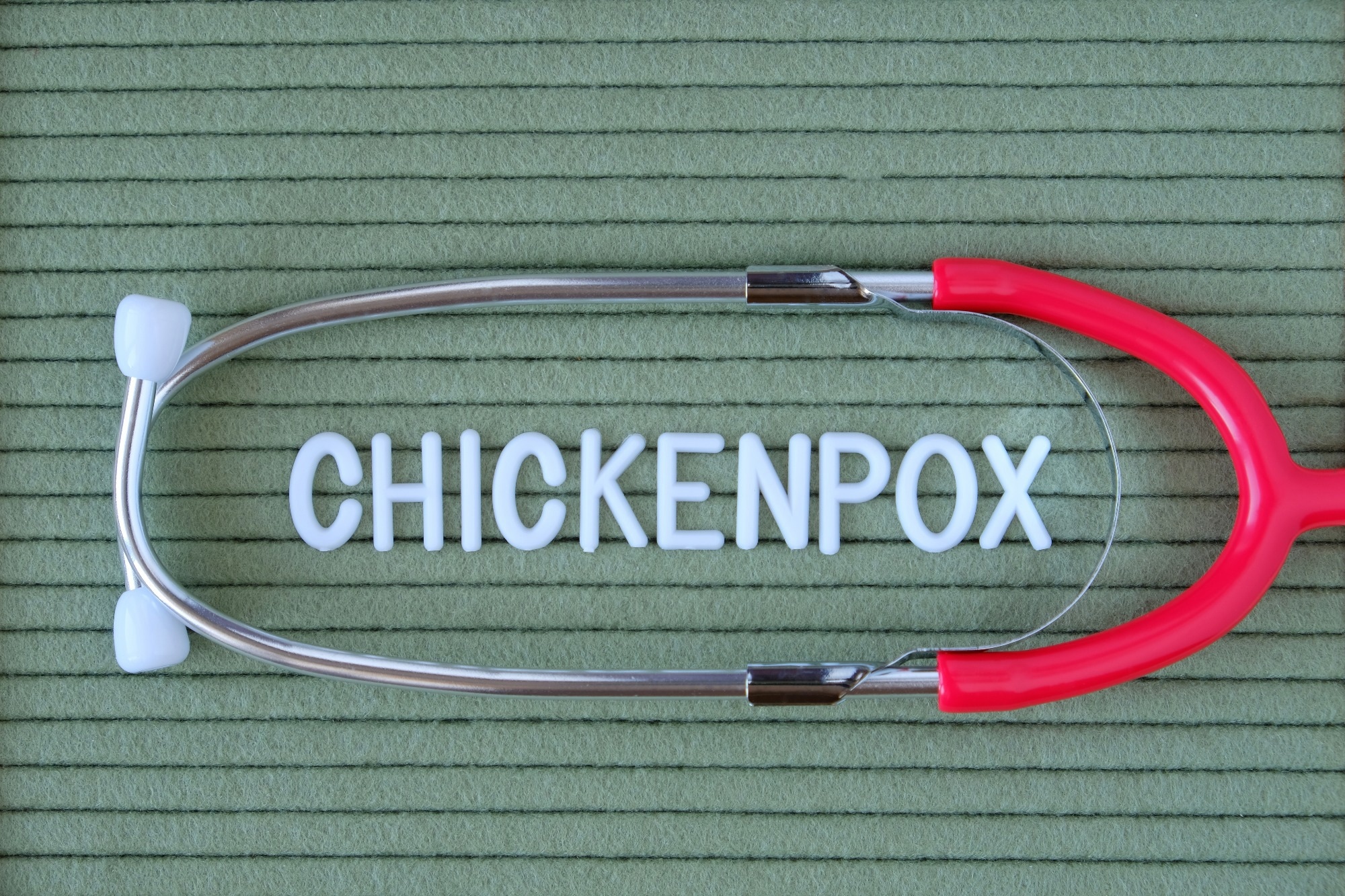 Chickenpox, called varicella by scientists, is a formerly ubiquitous childhood illness that produces a characteristic vesicular rash of varying extent and severity. In earlier days, chickenpox affected almost every child. however, the incidence of this condition has dropped steeply following the introduction of varicella-zoster vaccines.

The illness is caused by the varicella-zoster virus (VZV), an alphaherpesvirus. After causing chickenpox of varying intensity during the primary attack, the virus hibernates in the sensory ganglia and may persist for a lifetime. Immunological compromise may lead to the reactivation of the virus, causing herpes zoster (commonly called shingles).

Chickenpox is a benign and self-resolving condition in most pediatric cases and even among most adults. However, a small minority may develop serious complications, and some may die. Varicella complicating pregnancy could sometimes lead to birth defects, with about one in 2000 live-born babies born to such women showing signs of congenital varicella.

In the 1960s, an effective protocol for leukemia treatment was developed, including systemic steroids, chemotherapy, and radiation therapy. While these drugs led to a dramatic increase in survival, they also predisposed pediatric patients to a higher risk of serious and sometimes fatal varicella, reflecting its link with immunocompromised states.

What was long considered a relatively mild rite of passage in childhood became newly recognized as a serious, potentially lethal illness in susceptible immunocompromised hosts.”

Therefore, VZ immunoglobulin antibodies came into use to protect at-risk children. This approach proved highly effective when administered within 96 hours of exposure and to patients with a history of close-contact exposure to the virus.

In 1974, Dr. Michiaki Takahashi developed a live attenuated virus (LAV) vaccine against chickenpox. The news was received with suspicion, mainly because of the potential risk of vaccine virus reactivation and shingles later on.

Scientists were also skeptical of the long-term efficacy of protection following vaccination in children. “Theoretically, vaccinated children might lose immunity to VZV and develop varicella as adults when varicella was more severe or could complicate pregnancy.”

The urgency posed by serious and/or fatal chickenpox in leukemic children led to a serious evaluation of the LAV vaccine, demonstrating its safety, tolerability and high efficacy in healthy children and adults, as well as high-risk children with leukemia and nephrotic syndrome.

Surprisingly, this was the first and only herpesvirus vaccine to be developed thus far. The results were presented by Dr. Takahashi at a meeting held by the US National Institutes of Health (NIH) in 1979. The outcome was a recommendation to further study the varicella vaccine in the country.

A stringent assessment by the Collaborative Varicella Vaccine Study Group over five years showed the safety of the LAV in leukemic children when given during remission. Serologic studies showed protective antibodies were developed following vaccination and vaccinated children exposed to siblings with the illness remained healthy in 85% of cases. Moreover, none of the 500+ vaccine recipients showed signs of shingles.

With such data, the study of the vaccine was broadened to include healthy children as well, in the USA and Europe, during the 1980s. In addition, there was an added impetus to protect children against chickenpox since other vaccine-preventable diseases like measles and diphtheria, or polio, were coming under control.

In the 1990s, several studies showed chickenpox had a high secondary attack rate, infecting 60% to 100% of susceptible household contacts. About four million cases occurred, at about 15 cases per 1000 population per year, with almost all young adults having been infected during their preschool years.

Serology showed 86% of children between 6 and 11 years were seropositive, rising to 99% of people aged at least 30 years.

During the five years from 1990 to 1994, chickenpox was listed as among the causes of death in almost 150 death certificates per year, making up about six deaths per ten million population. Congenital varicella accounted for 44 cases a year.

Varicella vaccination was introduced into the routine immunization schedule in 1995. Both the American Academy of Pediatrics (1995) and the Advisory Committee on Immunization Practices (1996) advised one dose at 12-18 months, with susceptible unvaccinated children receiving catch-up doses before they turned 13 years. High-risk adults were also vaccinated with two doses, that is, those with a history of contact with infected family members, or healthcare staff, without a history of vaccination or prior infection.

The results were soon seen, with 85% coverage among children between 19 and 35 months in 2003. This widespread vaccine coverage was reported to be safe and effective with a median effectiveness of 97% against moderate and severe disease, and 82% against varicella of any severity following one dose of the vaccine.

However, this could not break the chain of transmission in schools and other places where children had high contact rates with each other. Varicella cases reached a plateau from 2003 to 2006, though smaller outbreaks occurred compared to pre-vaccination years.

These still strained health expenditures by local and state health departments and disrupted school and workplace attendance. Most of the cases were breakthrough cases with less than 50 lesions, and few of them were vesicular, making the cases difficult to diagnose. Laboratory testing became more common as a result.

This led to a further change in policy in 2007, with two doses being recommended at 12-15 months and 4-6 years. Children who received only one dose received catch-up doses. The second dose was later incorporated into the measles, mumps, and rubella (MMR) vaccine given at the same time.

The second dose led to further declines in cases, especially among children aged 4-6 years, hospitalizations, and deaths, with a reduction in the local outbreaks. Indirect protection also improved. Women in their reproductive years were evaluated for immunity and vaccinated following childbirth if required.

Thus, the decrease in disease incidence is 97% overall in all age groups, while cases among those aged at least 20 years (born during the vaccination program) fell by 99%. Severe disease is rare in this age group.

Secondly, shingles have fallen in incidence among healthy and immunocompromised children, by 80%, following vaccination. “Importantly, an increase in HZ among adults attributable to the varicella vaccination program was not observed.”

Since 1995, the United States varicella vaccination program has led to prevention of more than 91 million varicella cases, 238 000 hospitalizations, and almost 2000 deaths, with an impressive return on investment with net societal savings of more than $23 billion.”

The ongoing program includes surveillance, monitoring of the disease among the American population as well as vaccine coverage and efficacy, safety monitoring and cost concerns. It rides on the efforts of public health staff, doctors, pharmacists, and nurses, besides epidemiologists and researchers. Studies are continuing to develop better assays for diagnosing and measuring immunity correlates.