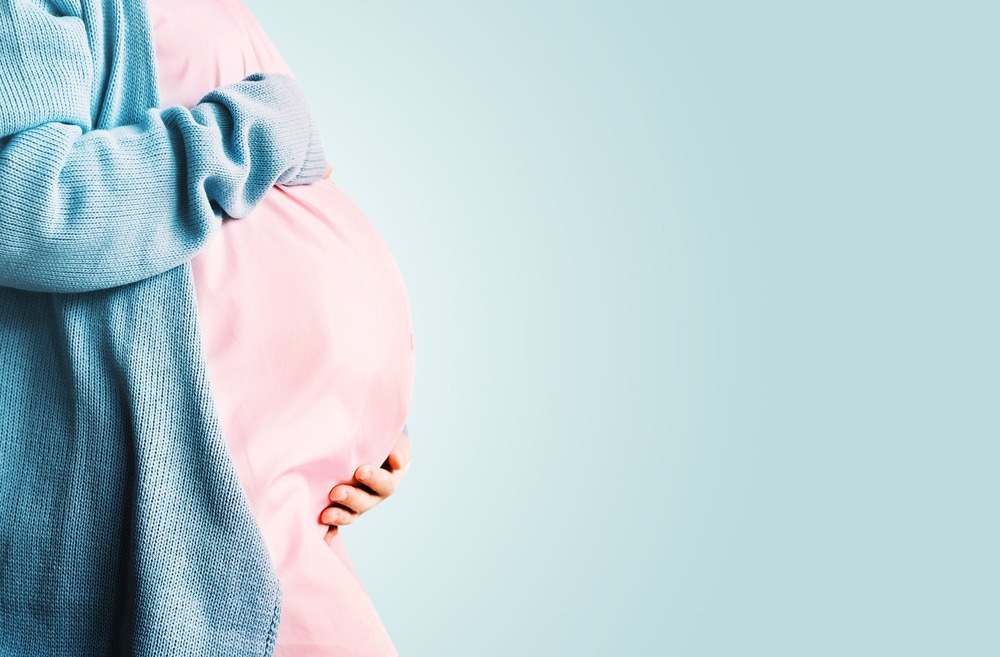 In a recent Pediatrics journal study, researchers assessed the outcomes of children born to mothers infected during pregnancy with the severe acute respiratory syndrome coronavirus 2 (SARS-CoV-2).

In utero, mother-to-child SARS-CoV-2 transmission is possible; however, the mechanisms remain unknown. Previous studies have reported the transplacental passage of anti-SARS-CoV-2 antibodies, thereby providing some passive protection to newborns. However, the efficiency of the placental transfer of antibodies concerning gestational age (GA) at the time of infection and the durability of protection remain unknown.

Preterm neonates and newborns of those with peripartum SARS-CoV-2 infection or mothers without antibodies against SARS-CoV-2 were excluded. Data on demographics, comorbidities, disease severity, and trimester of infection were collected for all mothers. In addition, data on head circumference, GA, length, birth weight, clinical signs at birth, and hearing screening test results were collected for the neonates.

All newborns were tested for SARS-CoV-2 within 24 hours of life. Blood samples were collected for total/differential blood cell counts, liver function tests, and platelet and hemoglobin levels within 48 hours. Cerebral and abdominal ultrasound and fundoscopy evaluation were performed in the first three months of life.

In a follow-up program, all term infants were evaluated at one, three, six, nine, and 12 months of age. Serum antibodies against SARS-CoV-2 were determined in mothers and neonates within 48 hours of delivery. The transplacental transfer was computed as the ratio between neonatal and maternal immunoglobulin G (IgG) levels.

Over 2,700 newborns were born during the study period. Of these, 130 were born to women infected with SARS-CoV-2 during pregnancy.

Peripartum SARS-CoV-2 infection was observed in 24 dyads. Most of the babies were vaginally delivered, while 28 required cesarean delivery.

A total of 106 infants were born to mothers diagnosed with SARS-CoV-2 infection two or more weeks before delivery. Seventy-six females were symptomatic with mild disease. Fourteen asymptomatic females were identified due to serologic screening and remained unaware of their serologic status at delivery.

The remaining asymptomatic women were tested due to a history of SARS-CoV-2 exposure. No participant was vaccinated against the coronavirus disease 2019 (COVID-19).

The researchers analyzed 32 placental biopsies for viral ribonucleic acid (RNA) and noted only one positive sample. This SARS-CoV-2-positive biopsy specimen was from a study participant with mild illness eight weeks before delivery.

Six infants were born preterm and thus excluded from follow-up and serologic studies. Congenital abnormalities were not detected.

Laboratory findings were normal for all infants except one who had low hemoglobin. All neonates passed the hearing assessment. Furthermore, cerebral and abdominal ultrasound and fundoscopy evaluations revealed no abnormal/pathologic findings.

Growth parameters remained within normal limits for all infants during the one-year follow-up. Matched neonatal-maternal serum samples within two days of delivery were available for 100 dyads.

The transplacental transfer ratio increased significantly when maternal infection occurred in the second trimester compared to infections in the first or third trimesters.

However, the researchers could not collect these samples routinely, thus limiting the ability to evaluate in-utero transmission. The rates of preterm and cesarean deliveries were comparable between mothers with and without infection.

Transplacental transfer ratios were greater when maternal infections occurred during the second trimester than in the first or third trimester. In addition, maternally-acquired neonatal IgG antibodies correlated with maternal IgG levels.

Overall, the study findings indicate favorable clinical outcomes in all infants born to mothers with SARS-CoV-2 infection during pregnancy.