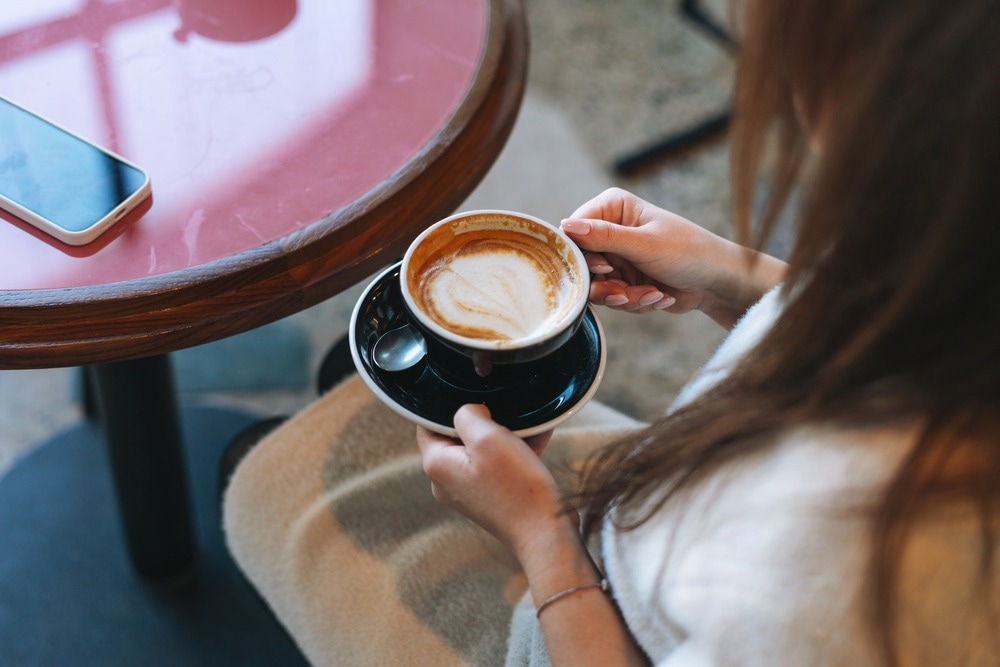 Caffeine consumption today occurs in the form of tea, coffee, and caffeinated soft drink consumption, most commonly. With the stimulant effect of coffee, most people find it difficult to cut back, despite concerns about its health consequences. A new paper published in JAMA Network Open discusses the relationship between caffeine consumption in pregnancy and the future growth of the offspring.

About 80% of American women drink coffee during their pregnancies. Caffeine is a brain stimulating compound and accumulates in fetal tissue because of the lack of metabolic pathways during this phase of life.

Earlier research, such as those carried out by the National Institute of Child Health and Human Development (NICHD) Fetal Growth Studies, suggested a detrimental effect of caffeine consumption during pregnancy, even as little as 50 mg, the amount in a half-cup of coffee, per day, on the height and weight of the baby at birth. The proportion of babies born weighing less than 2.5 kg at birth, or low birth weight (LBW) babies, was higher following caffeine consumption, mostly due to decreased birth length and a reduction in lean tissue mass.

Conversely, other studies have shown increases in the rate of infant weight gain, the infant body mass index (BMI), and rates of obesity in children with increasing caffeine consumption. The aim of the current study, called the Environmental Influences on Child Health Outcomes (ECHO-FGS) study, was to follow up on prior research carried out in a part of the offspring cohort from the NICHD Fetal Growth Studies–Singletons.

The ECHO-FGS study was performed at ten sites from 2017 to 2019, with over a thousand mother-infant dyads from the NICHD Fetal Growth Studies–Singletons cohort. Both obese and normal-weight mothers were included, along with their children between 4 and 8 years of age. The women came from diverse backgrounds.

The researchers also carried out a high-caffeine exposure study. This was the Collaborative Perinatal Project (CPP) at 12 sites on pregnant women and their offspring.

For both sets of participants, age- and sex-normalized BMI was calculated along with z scores for BMI, weight, and height in terms of the approximate differences in standardized weight and height at seven years, this being the time point for a visit in the CPP and the mean age of measurement for the ECHO-FGS.

Caffeine is rapidly metabolized in the body, mostly to paraxanthine. In the first trimester, this occurs within three hours but may take up to ten hours by late pregnancy. Therefore, the researchers elected to measure both caffeine and paraxanthine levels to detect any association with child growth.

In the ECHO-FGS study, the lowest caffeine concentration was in women from Black backgrounds, typically younger and nulliparous, unmarried or having no partners, and with a lower social and educational background as well as a lower income level. The children were approximately seven years old at the time of the study, on average, with about a quarter being over the BMI criterion for normal.

The median concentration of caffeine was ~170 ng/mL, and for paraxanthine, it was ~74 ng/mL, corresponding to below 50 mg of caffeine consumed per day. Height z scores fell by over a fifth in the fourth quartile of consumption compared to the first between four and eight years of age, equivalent to a shortening by about 1.5 cm at the age of seven years.

Comparing the third quartile with the first, the weight fell by over a quarter in the former cohort, which meant the children were 1.1 kg lighter, on average, at seven years. Similar findings were present for paraxanthine.

No difference was observed in the BMI, fat mass or fat percentage, ruling out any increase in the risk of obesity or overweight for either caffeine or paraxanthine.

In the CPP study, median concentrations for caffeine and paraxanthine were much higher, as expected, at 625 and 296 ng/mL, respectively, corresponding to two cups of coffee a day. When analyzed by quintile, the children born to those with the lowest quintile of consumption were taller than those whose mothers fell into the highest consumption.

The difference in height increased until the end of the study at eight years of age, from 16% at four years to 37% at eight years. The children in the lowest-consumption quintile were 0.7 to 2.2 cm taller than those in the highest-consumption quintile at this point, in other words. However, there was no significant difference in weight between the quintiles.

The BMI was higher for those born to women in the second and third quintiles at seven and eight years of age. In both studies, the sex of the child did not affect these associations.

What are the implications?

The findings that both caffeine and paraxanthine concentrations in maternal blood were associated with lesser child stature up to the age of eight years, in two different cohorts, with different patterns of caffeine consumption are significant. The reduction is similar to that observed with maternal smoking in pregnancy.

Apart from height reduction, child weight was reduced with increasing consumption but only in the third quartile and third quintile in the ECHO-FGS and CPP studies, respectively.

It is of concern that “maternal caffeine consumption is associated with long-term decreases in child height even with maternal consumption below current recommendations of 200 mg day.”

Earlier studies have shown that a failure to gain height normally is linked to a higher risk of cardiac and metabolic disease, as well as with adult obesity and diabetes. The mechanism could be via direct effects of caffeine and paraxanthine on the fetus, as both cross the placenta but cannot be metabolized by the fetus. Increased maternal glucocorticoid secretion due to caffeine, with inhibition of fetal glucocorticoid breakdown pathways, could also play a role in the build-up of caffeine and its metabolites in the fetus.

This could affect the endocrine regulation of fetal growth via the hypothalamic-pituitary-adrenal axis or by boosting insulin effects in the fetus due to glucocorticoid-induced insulin sensitivity. This supports the developmental paradigm of health and disease mediated by metabolic derangements in fetal life.

In the study which preceded the current one, the same researchers reported a potential for such dysregulation of metabolism in the form of intact fat mass but reduced lean mass with caffeine exposure.

Some researchers have found that with higher caffeine consumption, the weight increased over time, compared to a lessening over time with low consumption. It is noteworthy that no such risk for obesity or overweight was found in the children in this study. This could suggest that up to a certain threshold, caffeine consumption by the mother may not affect the weight of the child positively but may be linked to lower weight.

Future research in caffeine consumption during pregnancy should follow child growth into puberty and beyond to determine whether height gaps continue to widen into adulthood, and whether shorter height associated with maternal caffeine consumption confers greater risk for cardiometabolic dysfunction.”