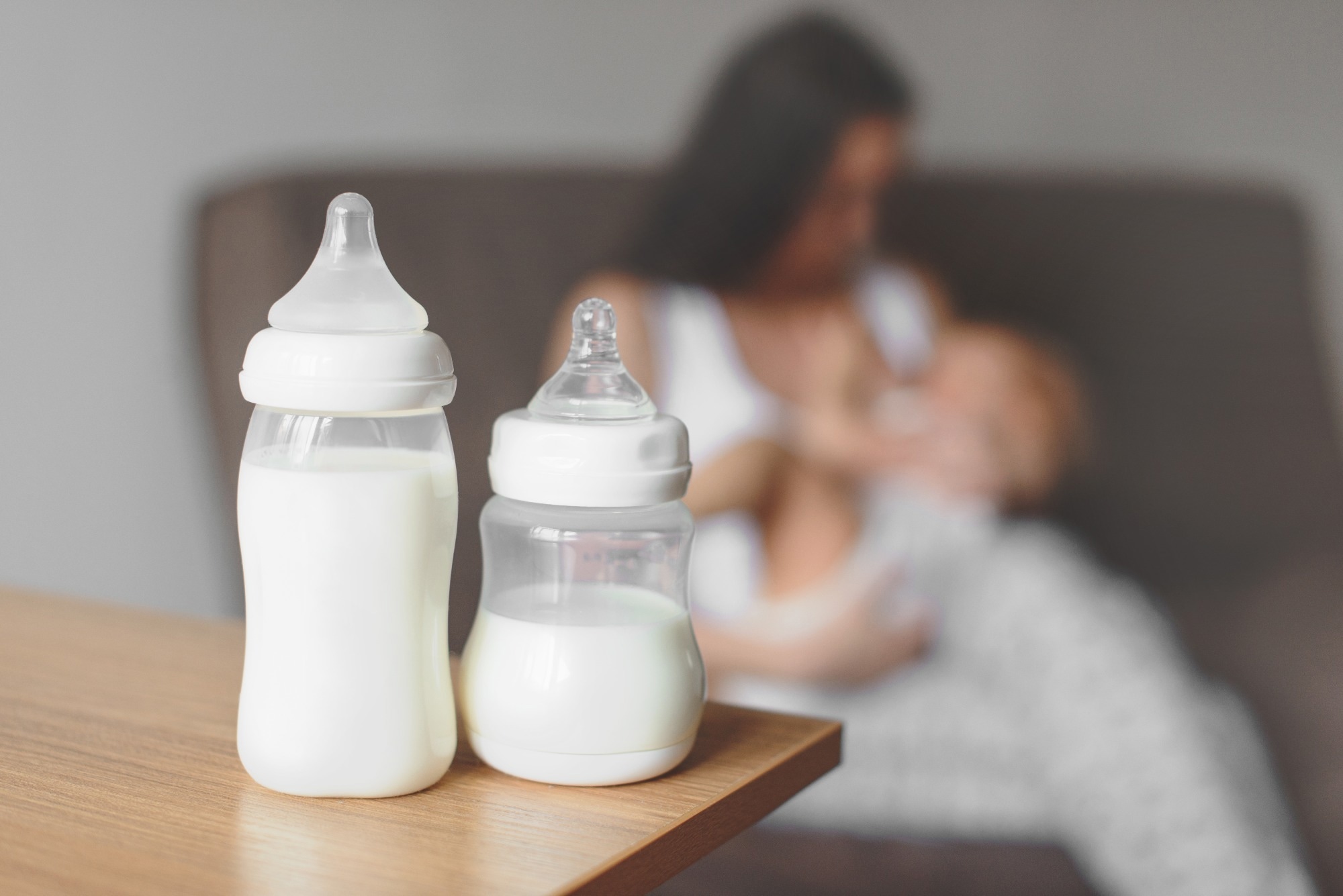 Exclusive breastfeeding is recommended for up to six months for newborns, and the American Academy of Pediatrics recommends continuing it with supplementary foods for up to two years of age. Breastfeeding confers short- and long-term protection against several diseases. The exclusivity and duration of breastfeeding are linked to a lower risk of respiratory infections in infants.

Infants are at a higher risk of severe coronavirus disease 2019 (COVID-19) and associated hospitalization than older children, and vaccination during pregnancy might be protective to some extent. However, given that COVID-19 vaccine trials did not include lactating individuals, this population has limited information on immunity and symptomatology after vaccination and infection.

The study and findings

In the present study, researchers performed a longitudinal analysis of antibody response against SARS-CoV-2 in lactating individuals after two- or three-dose vaccination and breakthrough infection. Human milk samples were obtained from 33 lactating individuals double-vaccinated with a COVID-19 mRNA vaccine (Moderna’s mRNA-1273 or Pfizer’s BNT162b2).

Twenty-five subjects were vaccinated during pregnancy and eight during lactation. Among these, 26 individuals received the third dose (booster), with 19 providing samples for antibody assessment post-booster receipt. Ten boosted individuals had a breakthrough infection between December 2021 and March 2022.

General symptoms were more likely after infection in boosted individuals with a breakthrough infection than upon vaccination. Mothers did not report infant symptoms after the booster dose. Nevertheless, eight infants, with a mean age of eight months and not exclusively breastfed at this age, were infected and had at least one symptom (cough, fever, or runny nose).

Antibodies against SARS-CoV-2 spike protein were detected in milk six to eight months after the second vaccination. The milk immunoglobulin G (IgG) levels significantly declined over time, and only ten individuals retained detectable levels before receiving the booster dose. A third vaccination significantly increased milk IgG levels in milk that were higher than those after the second dose.

On the other hand, milk IgA levels increased after the booster dose, albeit not statistically significant compared to pre-boost levels, indicating a lack of boosting effect of anti-spike IgA antibodies after the third dose. Notably, IgA and IgG levels waned five months after booster vaccination. All participants at this time point had detectable IgG in contrast to the pre-boost time point, and three individuals retained IgA antibodies.

Infant saliva samples were collected after breastfeeding to examine the persistence and stability of milk antibodies and were compared to maternal antibody levels in saliva/milk collected on the same day. Milk and maternal saliva IgA levels were positively correlated. IgA levels in infant saliva were significantly higher over time than IgG, with detectable antibodies in six infants immediately after breastfeeding and three infants retaining them until the next feeding.

The authors found that COVID-19 mRNA vaccination during lactation/pregnancy elicited higher anti-SARS-CoV-2 antibodies in milk which were present for up to eight months. The booster dose significantly increased milk IgG levels, whereas natural infection caused a significant spike in IgA levels relative to vaccination alone.

Notably, IgG levels in milk were significantly high post-boost and might have peaked at breakthrough infection, which occurred within seven weeks post-boost. Furthermore, IgA antibodies were more abundant than IgG in infant saliva at multiple time points after breastfeeding. As such, vaccines aimed at improving IgA secretion in milk and other mucosal organs might benefit and protect infants against SARS-CoV-2.

Researchers solve an 80-year-old medical mystery that causes kidney damage in children
$2 million grant to help identify and avert threats for students in rural Missouri schools
Is there an association between parental education level and the risk of malnutrition among children?
Heart Center Feeding Clinic: Piper’s Story
EPA announces $30,000 grant to TTUHSC El Paso for the Farmworkers Pesticide Use Protection Project