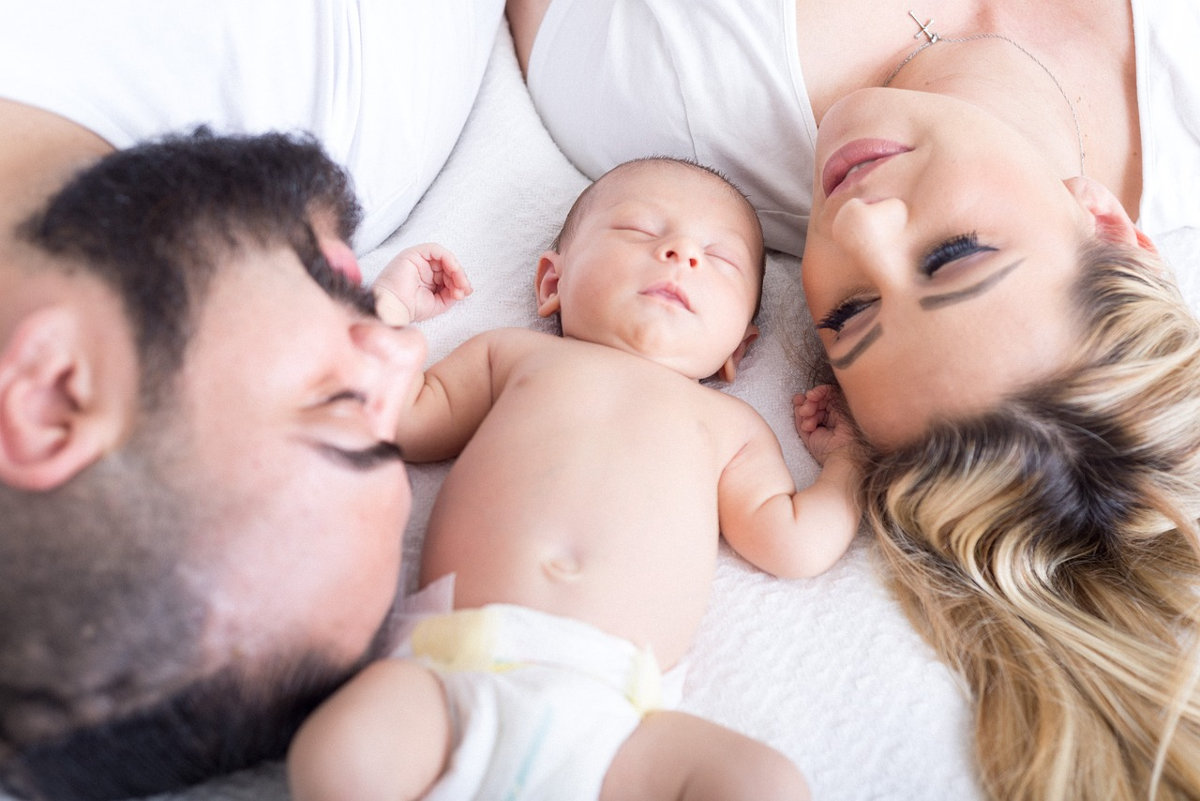 Co sleeping is one of those things that people either love or hate. Some people will tell you it is the worst decision in the world, while others will go on and on about how great it is for your child and your family. While there are drawbacks to nearly every parenting decision you can make, there are benefits to them too, co sleeping is no exception. Whether you are already co sleeping or are just considering it, here are some of the benefits of co sleeping with your little one.

What is Co Sleeping?

Co sleeping is the practice of sleeping in the same bed with your child. This is different from room sharing, which is when your child sleeps in their own bed, crib, or bassinet in the same room as where you are sleeping. The American Academy of Pediatrics currently does not recommend co sleeping and actually warns against it saying that it is unsafe and increases the risk of Sudden Infant Death Syndrome (SIDS).

There are recent studies to suggest that co sleeping can be done safely and helps back up claims about the benefits of co sleeping. In a 2014 research study published in PLOS ONE – a journal that evaluates submitted manuscripts on the basis of methodological rigor and high ethical standard – the study concluded that co sleeping is safe when babies are older than three months old and there is an absence of hazardous factors. That study also found that infants who were co sleeping with parents did not have an increased risk of SIDS and that the benefits of co sleeping may actually positively affect older infants, especially when breastfeeding is involved.

However, before co sleeping, be sure to look into not only the benefits of co sleeping, but also the risks. Consider discussing it with your doctor as well. If you are considering co sleeping be sure to avoid hazards such as drinking alcohol before bedtime or taking medication that makes it harder to wake up. It is also not advised to sleep in the same bed with a baby who is premature or under the age of three months.

It is also important to note that co sleeping is not just beneficial for and does not just include infants. Toddlers and preschoolers can also reap the benefits of co sleeping. The idea of the family bed is nothing new. It is common in many households for more than one child to sleep in bed with their parents and easily includes children into their elementary school years.

READ MORE: HOW TO BE A GOOD MOTHER WITH 5 SIMPLE TIPS

The Benefits of Co Sleeping

The practice of co-sleeping is common in a number of countries and cultures around the world such as in parts of southern Europe, Asia, and Africa, as well as in Central and South America. It is also more common in the United States than many people might believe. The majority of American moms report spending at least some of the time sleeping in the same bed as their young children.

So why is co-sleeping so prevalent around the world? Maybe because one of the benefits of co-sleeping with your baby is that it is convenient and can lead to more extended periods of sleep for both parent and child. Co-sleeping makes nighttime care easier, especially for breastfeeding mothers. If your child wakes up at night crying and needs to be comforted or fed, it can be done efficiently and quickly and both mom and baby can be back to sleep in no time with little disruption.

Another one of the benefits of co sleeping is parents and children tend to sleep longer than families who do not co sleep. This is probably the case because neither baby nor parent has an extended period of being awake when co-sleeping – your child is not lying awake fussing or crying while they wait for you to come to them and you are not getting all the way out of bed to care for them, settling them back down, and then having to get back to bed yourself.

Some children sleep poorly. Maybe that is because they come from a long line of bad sleepers (hello, insomnia!) or maybe they just have trouble falling or staying asleep for some reason unique to them. For some parents, it is not worth the headache of staying up late or getting up over and over trying to get a crying infant or an anxious toddler to sleep in their own bed.

Rather, those parents may choose to co sleep in order to ensure that everyone – parent and child – is getting a good night’s sleep, and that is okay. If co sleeping means that you get a full night of sleep rather than only sleeping for an hour or so at a time, then do what works for your family.

When parents get better sleep at night, they are able to parent better during the day. They tend to make decisions more easily, have more patience, and are able to more easily regulate their emotions. This is because they are not trying to survive their days in a brain fog of sleepiness. There is also evidence to suggest that a lack of sleep can increase the risk of postpartum depression in mothers. Sleep is so important to our mental health. So one of the benefits of co sleeping for you may be that it helps make you feel better equipped to parent.

The benefits of co sleeping that apply to mom and dad also apply to kids. A good night’s sleep does not only benefit parents. Think about a tired toddler for a minute. Now think about a sleepy preschooler. What is the similarity between them? They are more likely to be crabby, have little control over their emotions, and they are less likely to follow rules or listen to directions. How is that helpful or a good situation for anyone involved?

READ MORE: TEACHING OUR CHILDREN BODILY AUTONOMY MUST BE A STEADY PRIORITY

James McKenna, a professor and the director of the Mother-Baby Behavioral Sleep Laboratory at the University of Notre Dame, has extensively studied co sleeping. In his studies, he has found that co sleeping mothers often touch, hug, check on, and whisper to their baby. This interaction leads to physical and emotional benefits for their baby. He found that when moms touch, check on, and whisper to baby throughout the night this way, it raises their baby’s heart rate and oxygen levels, which is good for brain development and immune functions.

Dr. McKenna has also found that when parents and babies co sleep, their heart rates, brain waves, sleep states, oxygen levels, temperature, and breathing affect each other. Plus, the level of stress hormone (cortisol) in children who co sleep is lower than in children who sleep alone. All of this evidence can be added to the benefits of co sleeping.

The benefits of co sleeping also include fostering a bond of love and trust with your child. A child who learns that their parents meet their needs feels safe and loved, a huge chunk of Maslow’s Hierarchy of Needs – the needs all humans have that motivate behavior. Our basic needs are physiological, including air, water, sleep, food, and shelter. That is covered with the sleep part of co sleeping. Next, we need safety, which your child will feel when you are there to comfort them, whether they are an infant or, say, a three-year-old. After that, we need love and belonging, which includes intimacy, family, and a sense of connection. So the benefits of co sleeping are deep reaching.

While co sleeping has benefits, there are a few guidelines that every co sleeping family needs to follow to ensure everyone sleeps safely.

Co-sleeping might not be right for your family and that is okay. It also might be the thing you need to help ensure everyone gets the sleep they need while feeling safe and secure. Before you worry that you will never get your sleeping 15-month-old out of your bed, that is not the case. Every child has a different timeline for transiting to their own bed, but it will happen and can be done smoothly. The benefits of co-sleeping might just be the thing that helps you and your baby get better rest.