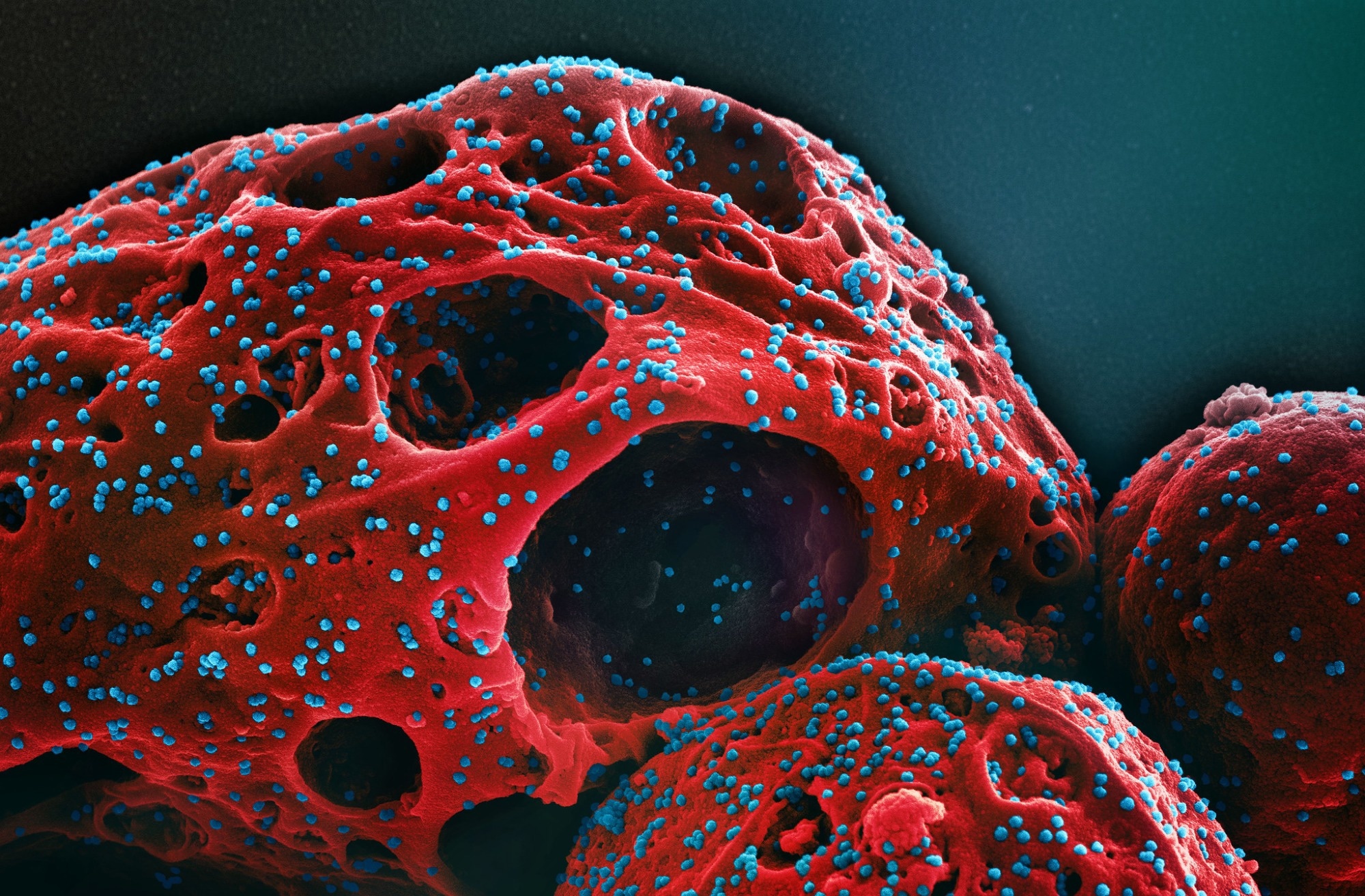 Unvaccinated individuals exhibit significant clinical variability during primary infection with severe acute respiratory syndrome coronavirus 2 (SARS-CoV-2), which is the causal agent of the ongoing coronavirus disease 2019 (COVID-19) pandemic. Notably, common genetic factors serve as modest risk factors for disease progression. For instance, around 15% of critical COVID-19 cases among unvaccinated patients have been associated with inborn errors of type I interferon (IFN) immunity and their phenocopies (autoantibodies against type I IFNs).

Study: In simple terms, MIS-C is the manifestation of a strong response of monocytes or other mononuclear phagocytes to SARS-CoV-2 dsRNA intermediates. Image Credit: NIAID

It has been documented that children are rarely affected by COVID-19. However, a small percentage, i.e., 1 per 10,000 infected children, develop multisystem inflammatory syndrome in children (MIS-C), a severe condition. Typically, MIS-C develops four weeks after the infection.

During the early phase of the disease, children with MIS-C do not typically exhibit viral infection in the upper respiratory tract or manifest symptoms related to hypoxemic pneumonia. The majority of MIS-C patients test positive for anti-SARS-CoV-2 antibodies. The clinical features of MIS-C in children include rash, coronary aneurysm, elevated biological markers of acute inflammation, abdominal pain, fever, myocarditis, and lymphadenopathy. These patients also develop inflammation in various organs.

Children with MIS-C exhibited increased pro-inflammatory markers (e.g., IL-18, IL-6, MCP1 (CCL2), ferritin, TNF, and IL-1RA). In addition, it was observed that type II IFN (IFN-γ) signaling biomarkers increased during the early phase of the infection. Around 75% of patients exhibited an immunological phenotype unique to MIS-C, i.e., polyclonal expansion of CD4+ and CD8+ T cells bearing the Vβ21.3 segment. Although several cellular, molecular and clinical aspects of MIS-C have been uncovered, the root cause of this disease remains unclear.

A recent Science journal study determined the underlying cause of MIS-C related to SARS-CoV-2 in some children. It hypothesized that monogenic inborn errors of immunity (IEI) is the primary reason for this condition. Identifying these inborn errors is expected to help elucidate the disease’s cellular, molecular, and immunological basis.

A total of 558 MIS-C patients (60.4% boys and 39.6% girls) were enrolled in this study. The participants originated from Europe, Asia, Africa, and America. Five MIS-C patients from the study cohort were selected, and they were designated as P1 (Philippines), P2 (Spain), P3 (Turkey), P4 (Turkey), and P5 (Canada). Among these five patients, two were boys, and three were girls between 3 months and 14 years of age at the time of diagnosis.

High levels of soluble CD25, IFN-γ, MCP1 (CCL2), IL-1RA, and IL-18, were observed in P1, P2, and P5 during cytokine profiling. This finding was in line with previous reports on the immune profiles of children with MIS-C.

Notably, autosomal recessive (AR) deficiencies of OAS1, OAS2, and RNASEL were determined as the genetic etiologies of MIS-C in P1-P5. OAS–RNase L–deficient monocytic cell lines and primary monocytes identified from patients with increased inflammatory responses to intracellular dsRNA, SARS-CoV-2–infected cells, SARS-CoV-2, and their RNA, could be the possible underlying mechanisms for MIS-C.

In simple terms, MIS-C is the manifestation of a strong response of monocytes or other mononuclear phagocytes to SARS-CoV-2 dsRNA intermediates. Subsequently, the presence of a viral superantigen against T cells induces the activation and expansion of Vβ21.3+ CD4+ and CD8+ T cells.

The current study revealed that IEIs, which may or may not be related to the OAS–RNase L pathway, can drive MIS-C in children. Nevertheless, the human OAS–RNase L pathway was found to be extremely important to regulate the mononuclear phagocyte response to SARS-CoV-2, but not for SARS-CoV-2 restriction in the respiratory tract. This finding indicates that the phagocyte-driven systemic inflammation regulates the key protective function of this pathway at a later stage of disease instead of viral restriction in the respiratory tract.

To summarize, human OAS1, OAS2, and RNase L play an important role in correctly regulating the immune response to SARS-CoV-2 infection. The genetic deficiency of any of these three components drives MIS-C in children.

SARS-CoV-2–related RNA products that induce phagocyte activation, the HLA restriction elements, and the viral superantigen(s) that activate T cells must be determined in the future. In addition, the effect of AR OAS–RNase L deficiency on antiviral responses in cells of other tissues injured during MIS-C (e.g., endothelial cells, enterocytes, and cardiomyocytes) must be studied.